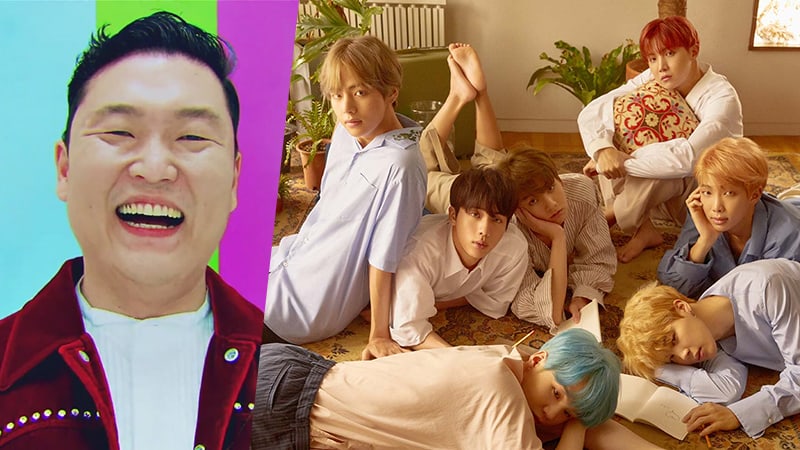 It looks like PSY is proud of BTS for continuing the American Music Awards legacy!

On November 9, PSY shared a clip of his appearance at the 2012 AMAs, where he performed a mashup of “Gangnam Style” and “2 Legit 2 Quit” with MC Hammer. He wrote as the caption, “#tbt2012 #momentumofPSY@amas #5yrslater #BTSturn #proudofthem @bts.bighitofficial.”

As previously announced, BTS will be staging their first ever U.S. television performance at the AMAs on November 19. PSY was the first Korean artist to perform at the ceremony, and BTS will now be the first K-pop group!

BTS
PSY
american music awards
How does this article make you feel?