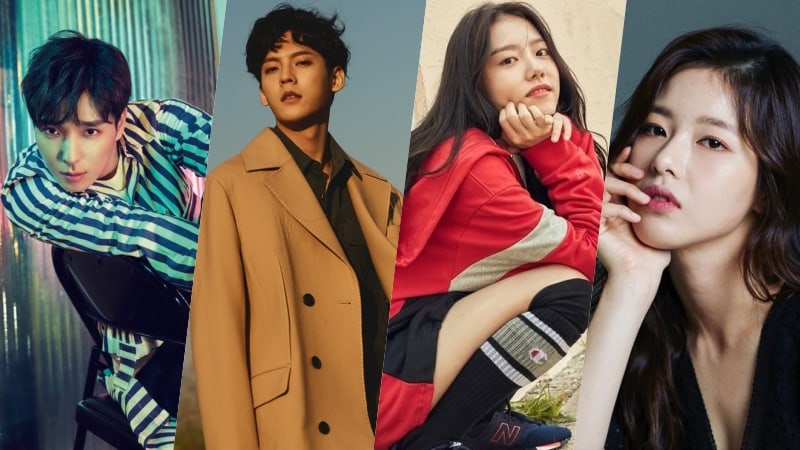 Many are especially curious to see the chemistry between same-age friends Choi Jong Hun and Lee Minhyuk, and lovely Kim Sohye, who all have experience acting in web dramas.

Choi Jong Hun will be playing the role of Min Su Ho, a loyal man who gets superhuman strength after receiving a human tissue donation and uses his power to bring justice. Lee Minhyuk has been cast as Bae Joon Young, who used to be a weak-hearted man who’s never dated, but is able to read every woman’s mind after getting a heart transplant. Kim Sohye will play the role of the clairvoyant Lee Yoon Ji who can see everything after a cornea transplant, and is also a central figure in the love triangle with Choi Jong Hun and Lee Minhyuk’s characters. Finally, Park Ha Na will appear as the bright and cheerful No Deul Hee, an organ transplant coordinator who oversees the three students who now have super powers.

“Unexpected Heroes” is a fantasy web drama that tells the story of three high school students who receive super powers after their respective organ transplants and then use their powers to solve suspicious cases. It is being supported by the Center for Disease Control Organ Transplant Management Center to raise awareness for organ and human tissue donations.

The web drama is highly anticipated as Convergence TV’s last production of this year, which also produced “Mischievous Detectives” and “Special Laws of Romance.” “Unexpected Heroes” is scheduled to air mid-December on Naver TV.