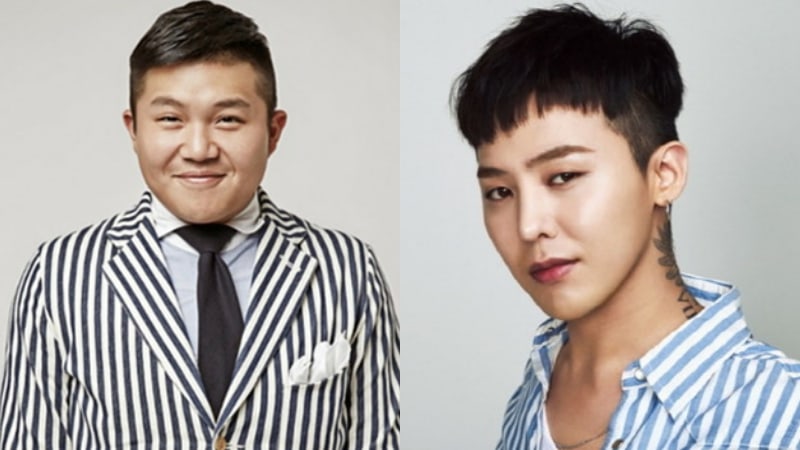 On November 9, Jo Se Ho attended the press conference for Naver’s “Photo People in Paris,” where he talked about the viral photos of him meeting G-Dragon by chance at a fashion show in Paris.

Jo Se Ho shared “At the time, the program details had not been revealed to the public yet. There was talk that I went [to Paris] with my own money, so people uploaded videos to show I went to film.”

The comedian explained, “I really met G-Dragon. We’ve known each other for a while so we’ll send each other text messages. I was so excited to have coincidentally run into him that I called out his name and he greeted me happily.”

He added, “I think those around me were very surprised and asked me, ‘Who are you that you know G-Dragon?’ I proudly stated that I was a Korean comedian.” Jo Se Ho also revealed G-Dragon texted him later saying, “I am so curious why you were there today,” to which he replied he was there to film.

The “Photo People” crew and their mentor took pictures of the various sights and attractions of Paris during their eight day trip. They photographed the beautiful architecture and landscape of Paris, in addition to 2018 S/S Fashion Week, which happening during their stay.

“Photo People” is a web variety show that brings people from various backgrounds together with the shared goal of learning photography. The first episode will air mid-December on Naver.