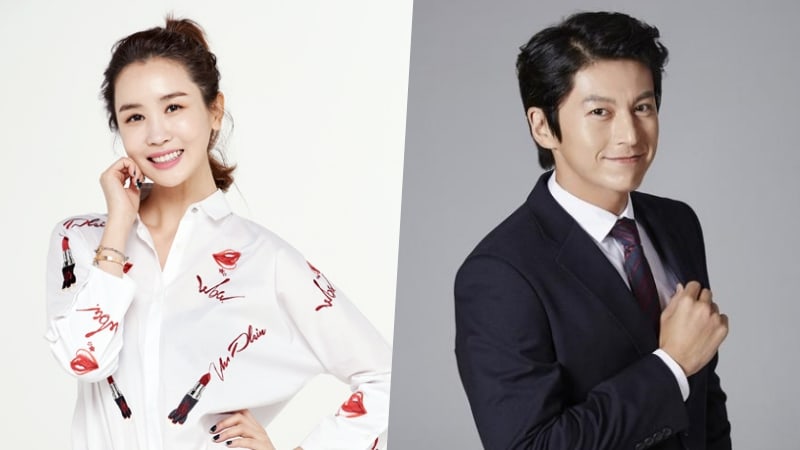 We may see Lee Da Hae and Ryu Soo Young together on the small screen soon!

On November 9, industry sources revealed actress Lee Da Hae is considering appearing in SBS’s weekend drama “Before Nice Witch” (literal translation), which will air early next year. In response, the actress’s agency JS Pictures stated, “Lee Da Hae received an offer for SBS’s new weekend drama ‘Before Nice Witch,’ and is reviewing it.” Lee Da Hae might play the lead role of lovely housewife Cha Sun Hee. Many are looking forward to Lee Da Hae possibly joining as this will be her first domestic drama in four years since MBC’s “Hotel King” in 2014.

It was also revealed that actor Ryu Soo Young is considering joining the production as well. On November 10, a SBS drama insider shared, “Ryu Soo Young is in talks to join ‘Before Nice Witch,” before adding that nothing has been confirmed yet. Regarding his casting, a source from Ryu Soo Young’s agency Fly Up Entertainment commented, “It’s still in discussion.”

“Before Nice Witch” tells the unique love story of a kindhearted housewife who must navigate the double life of her and her evil twin sister, as she strives to solve their various issues with her good nature. It is directed by PD Oh Se Kang of “My Heart Twinkle Twinkle” and written by “Birth of a Beauty” writer Yoon Young Mi. It is expected to air in January of next year following “Bravo My Life.”

Lee Da Hae
Ryu Soo Young
How does this article make you feel?