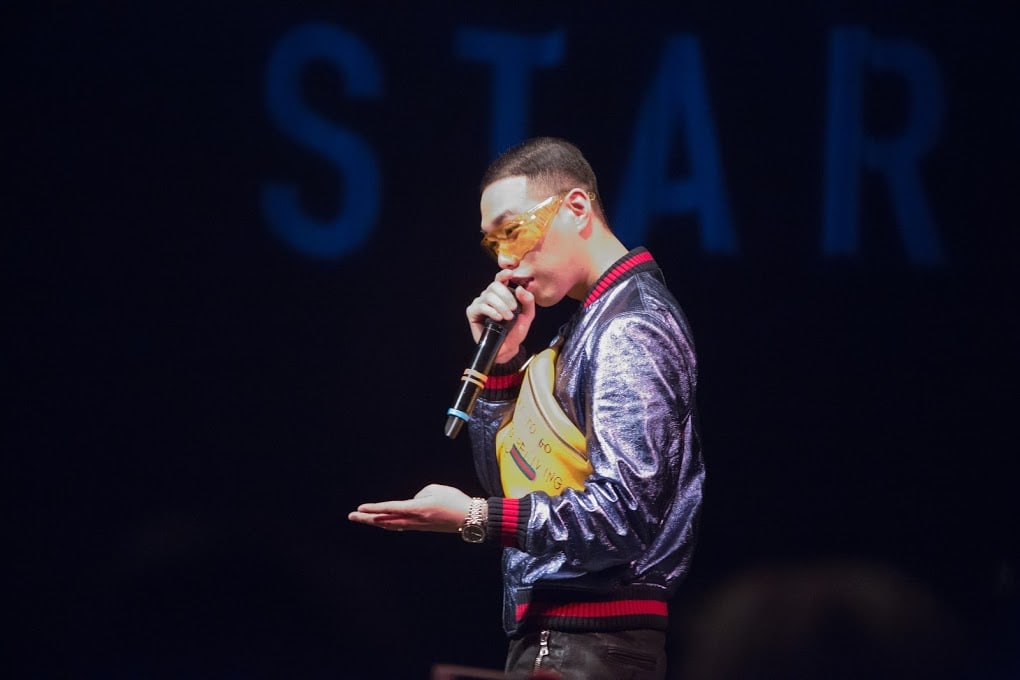 BewhY wrapped up his first ever U.S. tour just last month, and Soompi got the chance to check out his penultimate show in Washington D.C.!

Despite the fact that he was sick with a sore throat, BewhY’s talents shined onstage as he showed what it means to not just “eat CDs,” but sound even better than official recordings.

As if he stepped out of his own album and namesake of the tour “The Blind Star,” BewhY kicked off the show surrounded by red lights as he spit fire during “Curtain Call,” which led into an acappella rap. He continued with unbelievably clean performances of “Red Carpet,” “Bichael Yackson,” and “9UCCI BANK,” all songs from his newest album, before showcasing “Delusional” from his first official album back in 2015. 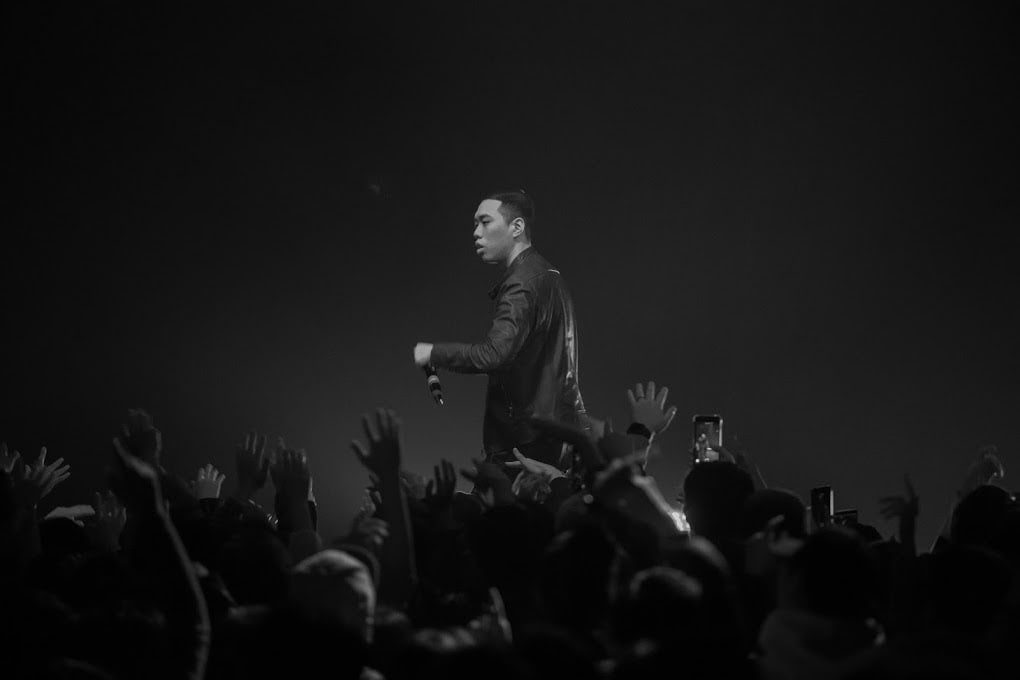 After briefly greeting the crowd, the rapper moved straight into performing some of his other classics, like “In Trinity” and “Shalom.”

BewhY then slowed things down and took the time to talk more intimately with the crowd. The rapper personally shared how “The Blind Star” album is a reflection of how the way he views himself and music has changed over the past year. He explained that “9UCCI BANK” features satirical lyrics about how he had become caught up in material things, like his love for brands Gucci and Balenciaga. Clarifying that he is not saying that these are bad, BewhY expressed how he felt like he was starting to perform music for money, and drifting from his intended path. 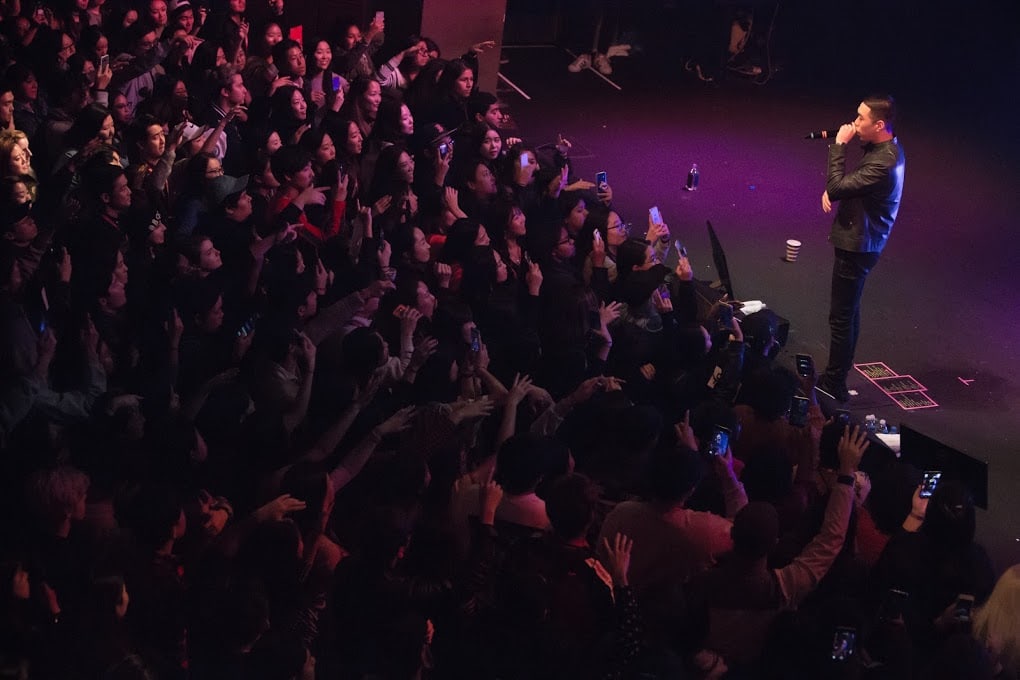 After performances of “HEWGESO” and “Where Am I,” BewhY explained that these songs are representations of how he came to find himself again through his Christian faith after questioning his past actions. His faith-based realization that he was born to shine without the need of material things resulted in his next performed track, “My Star.” The rapper also encouraged everyone to follow their dreams, saying, “If someone like me could achieve their dreams, you can too,” before closing out the first half of the concert with “Wright Brothers” and “Dejavu.”

One quick wardrobe change later, BewhY came back onstage and cranked up the energy during the second half of the concert with his powerful, crowd-pleasing tracks from “Show Me the Money 5,” including “Forever,” “XamBaqJa,” and “Who You.” He also cranked out his original mixtape version of “The Time Goes On,” which he briefly showcased acoustically on the survival program. 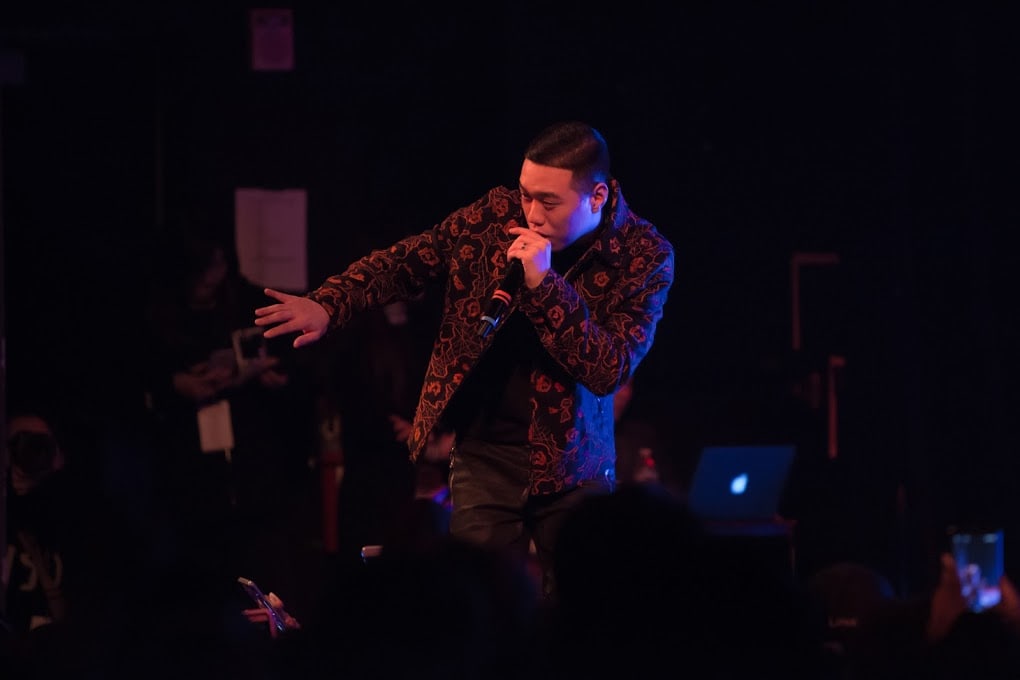 In between these performances, he held impromptu Q&A sessions, during which he revealed how BIGBANG sparked his original interest in music, how he’s not sure if he wants to grow his hair out, and how he doesn’t accept sponsored clothing. To one particular fan who asked if they could also be a rapper, BewhY commented, “If you acknowledge yourself as a rapper, then you are one.” He also didn’t forget to show some love by signing a lucky fan’s clothing, taking selfies with the crowd, throwing out free shirts, and high-fiving as many hands he could.

While he pretended to end the show with “Puzzle,” the rapper soon came out again to perform “9UCCI BANK” once more as a part of his encore. Expressing his pride as a Korean, BewhY unexpectedly also showcased his collaborative track “Manse” from a previous “Infinite Challenge” special, before finally finishing out the show with everyone’s favorite track, “Day Day.” 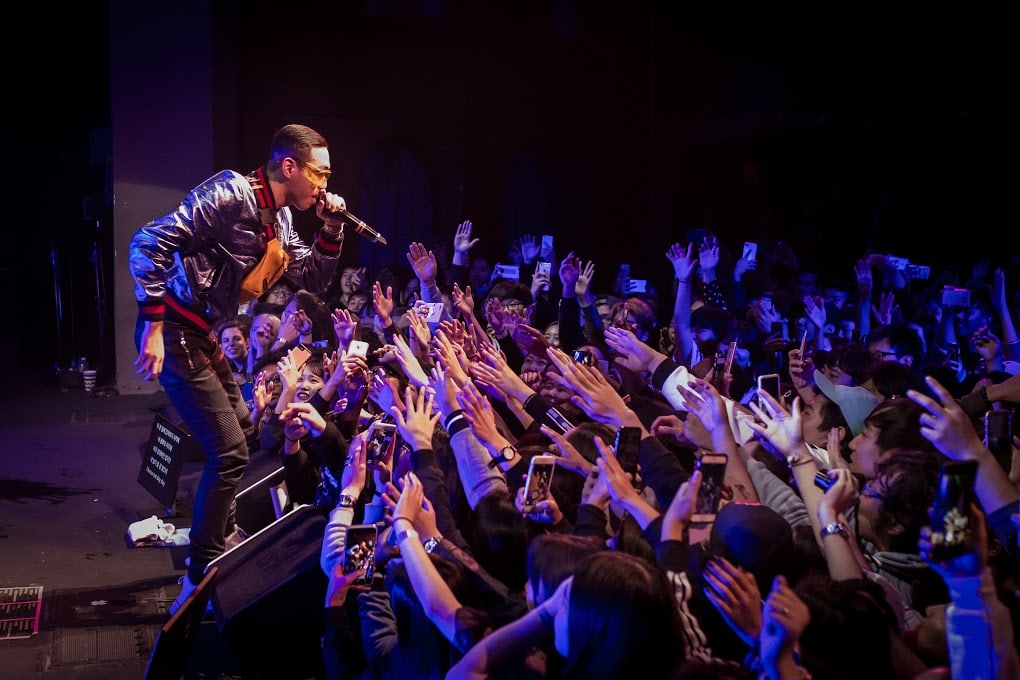 Soompi Spotlight
BewhY
How does this article make you feel?