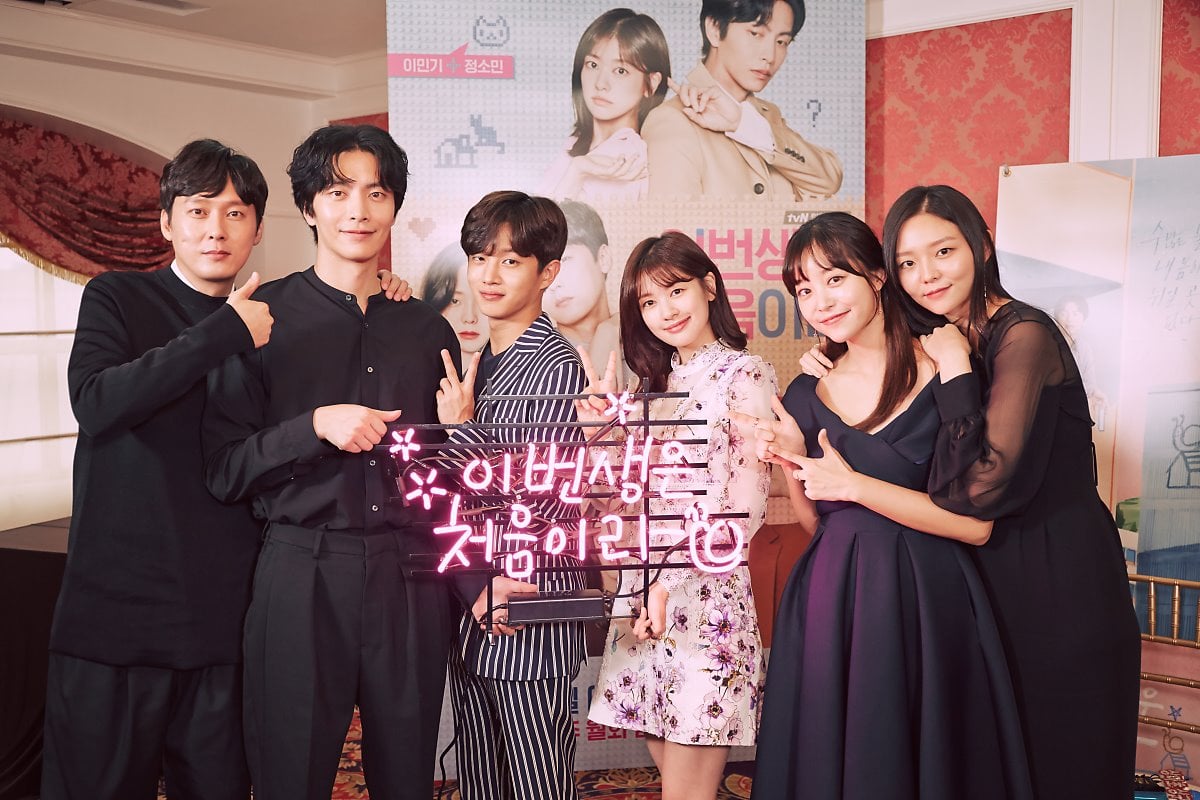 “Because This Is My First Life” has been gaining traction as it has managed to double its viewership ratings for people in their 20s-40s.

The drama has met viewers every week with fun and relatable content, increasing their average ratings from 1.4 percent to 2.9 percent within the 2049 age bracket. They even brought in an average of 4.2 percent and peaked at 5.2 percent on paid platforms, earning them the first place spot in their time slot.

The “Programs With High Interest” survey, which analyzes search engine trends of the country’s six major portal sites, had the drama coming in at second place, further highlighting its popularity.

The drama is a calculating romance featuring a relatable characters and situations that strike a chord with the current generation, as the drama pulls the curtain back and shows their reality for what it is. “Because This Is My First Life” expresses young people’s worries about relationships, through the calculating yet fresh romance between Jung So Min and Lee Min Ki, and also reflects new attitudes towards marriage as expressed through the interactions between ESom, Park Byung Eun, Kim Ga Eun, and Kim Min Suk.

Viewers have been able to follow the characters as they chase their dreams, deal with their careers, worry over marriage, and clash with their parents. Older viewers are also able to understand the difficulties of this generation and gain a new perspective on their lives.

“Because This Is My First Life” airs every Monday and Tuesday at 9:30 p.m. KST.

Because This Is My First Life
How does this article make you feel?