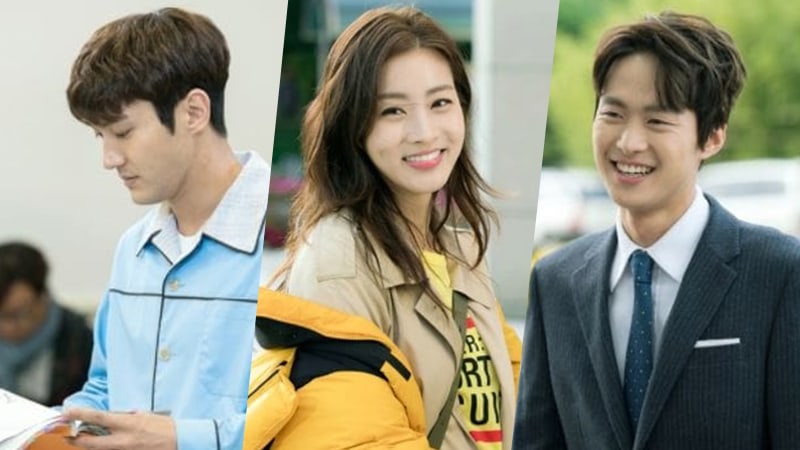 On November 9, tvN’s “Revolutionary Love” released behind-the-scenes photos of their dedicated and passionate cast on set.

In the first set of stills released, Choi Siwon, Kang So Ra, and Gong Myung can’t seem to let go of their scripts, as they study their lines. They appear wholeheartedly absorbed into their scenes, and Kang So Ra can even be seen taking careful notes.

In the next set of stills, the main cast show that although they are serious with their scripts, they also know how to have fun in the scenes. Kang So Ra smiles brightly at the camera and also appears in a still with the other two, chatting in between takes.

In the final set of stills, Gong Myung, contrary to his chic character Kwon Je Hoon, flashes a goofy smile at the camera. The main characters are also seen dressed in ridiculously flashy retro jackets, colored sunglasses, and slicked hairstyles.

The production crew revealed, “Delivering laughter and empathy amongst the cold, sharp realities of life is no easy task. The actors are putting in a lot of effort and sincerity in order to do so. On set, they pour in a lot of their own ideas and discuss their opinions in order to paint an accurate portrait of reality that the viewers will be able to empathize with.”

“Revolutionary Love” airs every Saturday and Sunday at 9 p.m. KST on tvN.