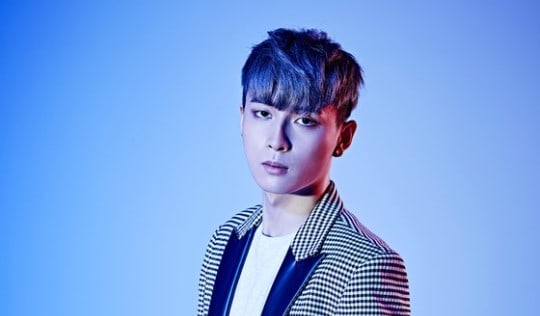 MADTOWN’s Buffy has announced that he has decided to leave the group and enlist in the army soon.

On November 10, Buffy posted the following letter to his Instagram and the group’s fan cafe.

“Hello. This is Buffy.

“It feels like I’m speaking to you for the first time in a very long while. I am writing because I have news to tell you.

“I will be enlisting in the Republic of Korea Marine Corps on November 20.

“You may be surprised by this sudden news, but I’ve worried a lot about my future for a very long time, and after having a lot of discussions about it with the members as well, I’ve decided to leave the group and voluntarily enlist.

“I sincerely thank you for always believing in, supporting, and loving MADTOWN’s Buffy ever since my debut in 2014.

“Our time promoting together, which may seem either short or long, will be a huge support for me as I go forward in the future.

“As I am a citizen of the Republic of Korea before I am a singer, I will earnestly fulfil my military duty and return as a more mature Kim Joo Hyeon.

“I once again sincerely thank my fans, and I’m sorry to have to tell you this news. I promise that I’ll definitely repay fans for all their love with good music when I’m discharged.

“I have come all this way with the members since I was young, and I support their roads ahead more than anyone else.

“Thank you for loving MADTOWN’s Buffy during all that time.

MADTOWN debuted in 2014 under J.Tune Camp and most recently promoted in 2016 with the song “Emptiness.” The group then faced a series of tragic events as their agency shut down and they were sold to GNI Entertainment, before their new agency head was arrested for fraud in early 2017 while they were preparing for a comeback. They were then left without any agency support, losing their dormitory and all management staff, and having to completely provide for themselves during individual activities.

The group filed a lawsuit against GNI Entertainment for a contract injunction and the court recently ruled in their favor, meaning they are no longer bound to the terms of their contracts. However, their legal battle with the company is ongoing, as the results of an additional lawsuit against the agency to nullify their contracts have not yet been determined.

MADTOWN’s lawyer stated on November 7 that the group is likely to disband soon, as some of the members have become disillusioned with the entertainment industry and others are enlisting in the army. Members Daewon and Lee Geon are currently appearing on “The Unit,” while it has been reported that Jota and Heojun are planning to begin careers as actors.

We wish Buffy all the best in the future.

buffy
Madtown
How does this article make you feel?