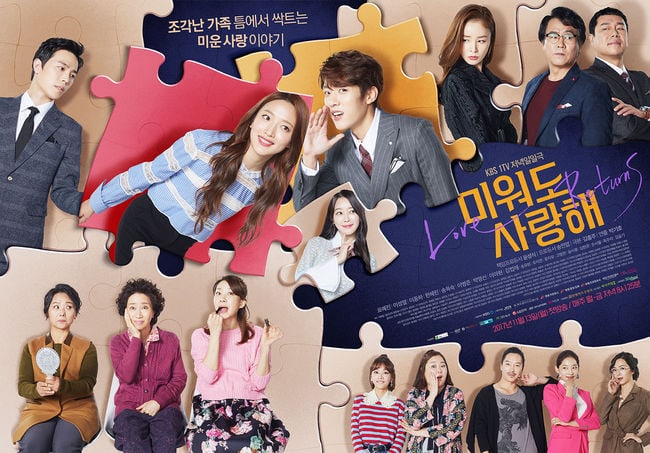 The KBS evening drama, also called “Hate You But I Love You” (literal title), is a family drama teaching the importance of love and affection between people rather than blood or legal relations and follows the story of a young woman starting her life anew after losing everything (Pyo Ye Jin).

The posters highlight the love between Pyo Ye Jin’s character and Sungyeol’s character, but also the obstacles in their way. Both are part of fragmented families, but their romance will be the “puzzle piece” that puts them all back together. In another poster, Han Hye Rin and Lee Dong Ha rip apart a photo of Sungyeol and Pyo Ye Jin looking happy, signifying a possible love triangle or two. 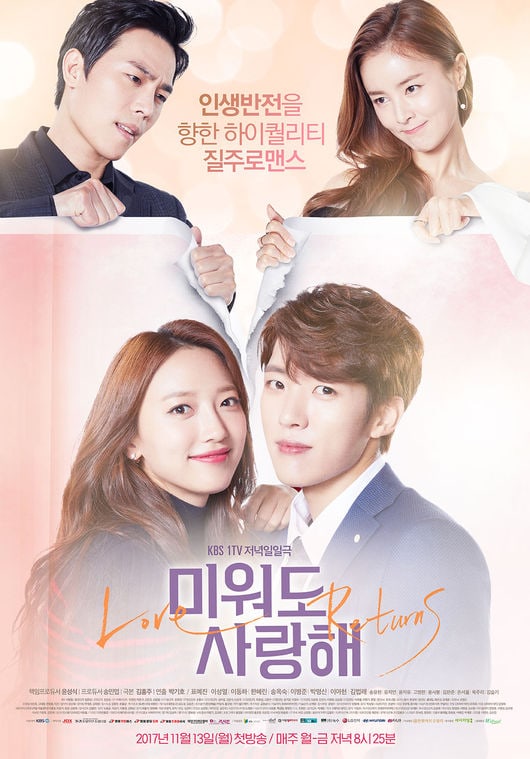 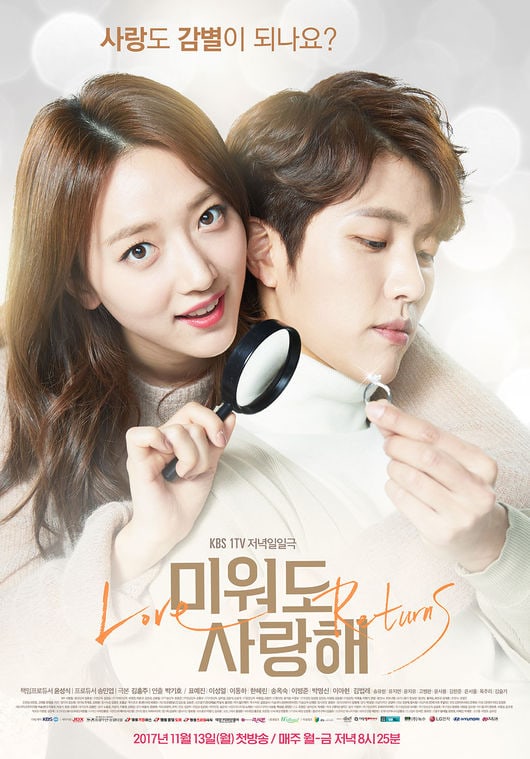 The show also released some behind-the-scenes stills of Sungyeol working hard on his scenes, consulting the script and conferring with the director. He plays Hong Suk Pyo, who is the owner of a company but unbeknownst to his employees actually works as a security guard at a subsidiary company.

The production staff of “Love Returns” said, “The passion and ambition we see from Sungyeol on set is amazing. He communicates proactively with the director, cast, and crew, and his good manners and sincere behavior receives a lot of praise.”

“Love Returns” is slated to air on November 13 following the end of “Lovers in Bloom.”