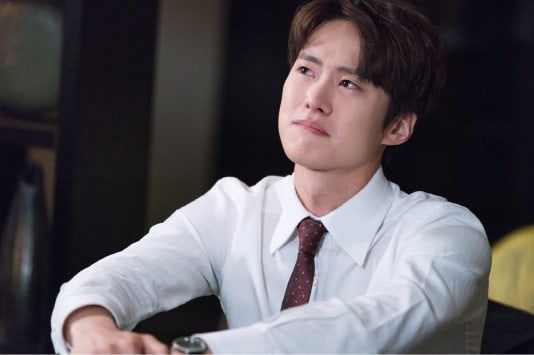 New stills of Gong Myung’s emotional acting in “Revolutionary Love” have been released!

The first stills show Kwon Je Hoon (Gong Myung) meeting his dad Kwon Choon Seop. Kwon Choon Seop is seen giving his son a big smile, but Kwon Je Hoon is looking at his father with resentment. The next still shows Kwon Je Hoon crying alone. This is catching many viewers’ attention because his character so far has been a chic guy who was rational at all times. 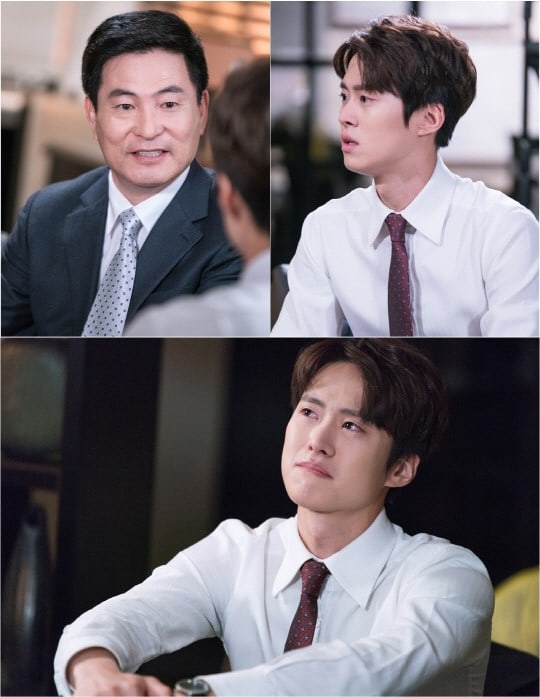 Meanwhile, the relationship between Byun Hyuk (Choi Siwon) and Baek Jun (Kang Sora) has evolved dramatically as well. The love triangle between Baek Jun, a straightforward Byun Hyuk, and an indirect Kwon Je Hoon is to be heating up in the upcoming episodes.

The production staff from “Revolutionary Love” commented, “The growth of Byun Hyuk and Baek Jun’s relationship will be causing a transformation in Kwon Je Hoon as well, especially since his character had always suppressed emotions. Episode 9 will be a turning point for Kwon Je Hoon’s emotional journey.”

Catch the next episode of tvN’s “Revolutionary Love” on November 1 at 9 p.m. KST.

Gong Myung
Revolutionary Love
How does this article make you feel?