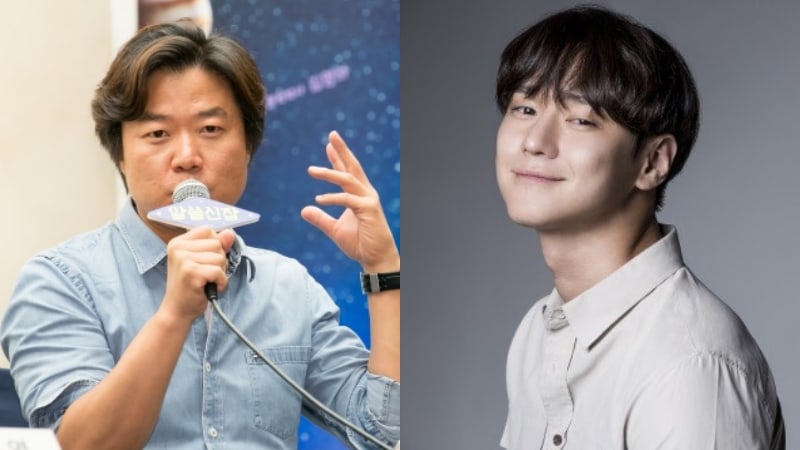 On November 11, Na Young Suk led a talk at the tvN Happiness Exhibition 2017.

The PD explained, “The ‘Over Flowers’ series is a traveling program, but ‘Youth Over Flowers’ has a whisking away story because we do a hidden camera. We wanted to just drop people off somewhere when they haven’t even prepared anything.”

He continued on to say, “In youth, you go to a country with only yourself and eat their food, buy and wear their clothes, and feel the country, which is what I think a youthful trip should be, and why [the show’s] concept became traveling without an itinerary.”

Actor Go Kyung Pyo, who featured on “Youth Over Flowers,” made a surprise appearance. When asked about his first impressions of Na Young Suk PD and Lee Jin Joo PD, the actor replied, “I was so startled and I cried. I thought ‘[Na Young Suk] PD is right in front of my eyes?’ I wasn’t close with [Lee] Jin Joo PD at first, so I wondered if it would be safe to go on a trip together.” 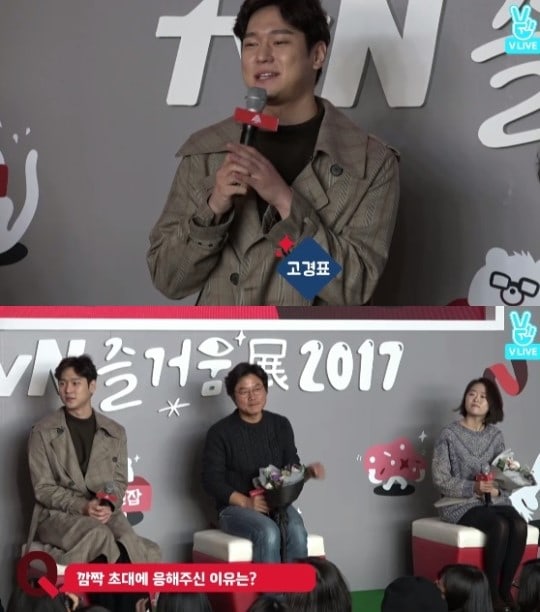 In response, Na Young Suk remarked, “I was nervous because he suddenly cried. You can be surprised, but I didn’t think there was a need to cry. I thought [Go Kyung Pyo] had a lot of thoughts and deep emotions. I hoped he could express it well through the broadcast.”

Finally, Go Kyung Pyo shared “Na Young Suk PD told the ‘Reply 1988‘ members ‘Once you get older, I think it would be good if you guys did it together again as ‘handsome middle aged men.’ I was really thankful.”

Na Young Suk added, “Even though our time together is short, thanks for always coming [to support me],” showing off the close relationship between the PD and actor.

Na Young Suk
Go Kyung Pyo
How does this article make you feel?