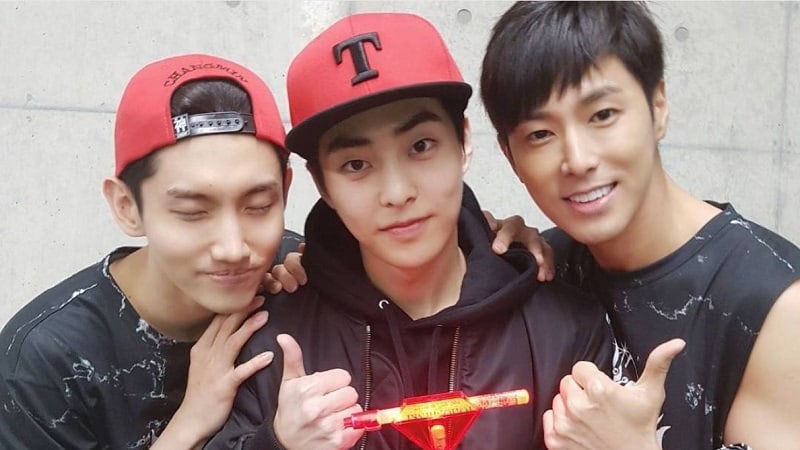 SM Entertainment shared photos of Xiumin backstage with TVXQ at their concert.

In the first photo, uploaded by EXO’s official Instagram account, Xiumin is seen holding a TVXQ light stick, and posing with a V. The caption says, “Is this what they call fanboying…? Do our [EXO-Ls] have the same feelings as me?! I am curious… Let’s ask at ElyXiOn!! (D-13),” referencing EXO’s upcoming concert.

Another photo shared on SM Entertainment’s Instagram shows the three artists posing together, showing off their SM bromance. The picture is accompanied by Xiumin’s message to his labelmates, “At this moment, I am also We are T!! I wanted to see [TVXQ] so much and today’s concert was seriously the best!! As expected of TVXQ!! I love you^^ (I want to hurry and do ElyXiOn!! D-13).”

It was also revealed TVXQ gave Xiumin a shoutout during their concert, showing love for their biggest fanboy.

What a successful fan!

EXO
TVXQ
Xiumin
How does this article make you feel?