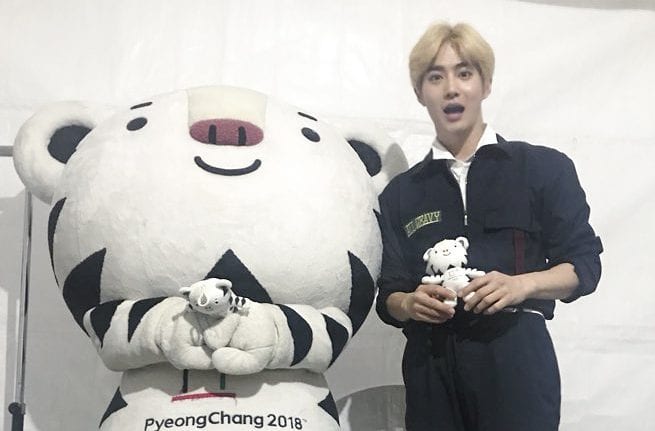 The name of EXO’s leader (Suho) is similar to the name of the official mascot of the 2018 Pyeongchang Winter Olympics (Suhorang). Due to that simple fact, Suho became an active promoter for the 2018 Pyeongchang Winter Olympics out of the blue, causing the sales of the goods for the event to sky-rocket. The Suhorang and Bandabi (the mascot of the Paralympic Games) dolls are exceptionally popular, and more than 80,000 of them were sold in October alone.

Not only did Suho promote the 2018 Pyeongchang Winter Games with the similarity of his name to the mascot, but he also advocated Suhorang at official events. Suho performed at events like the 2017 Dream Concert and Pyeongchang Olympic Games G-100 K-pop Concert while holding Suhorang in his hand. On top of that, Suho asked the Pyeongchang Olympics Committee to let him borrow the Suhorang costume for SM Entertainment’s annual Halloween party.

One source stated, “Suho came up with the idea of being Suhorang for this year’s Halloween party. The Pyeongchang Olympics Committee saw Suho’s sincerity and willingly let him borrow the costume.”