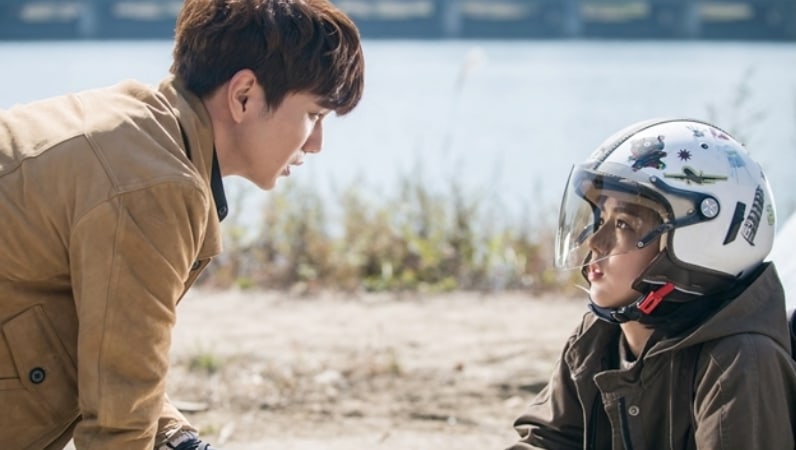 “I’m Not a Robot” tells the story of a man who can’t date women because he is “allergic to humans.” He coincidentally meets a woman who acts like a robot and falls in love. The drama has been gaining attention as it is the first time Yoo Seung Ho is attempting a role in a romantic comedy, and Chae Soo Bin, known for her great acting skills, will be joining him.

The released stills show Chae Soo Bin and Yoo Seung Ho staring at each other in surprise and curiosity. Chae Soo Bin looks up at Yoo Seung Ho in curiosity while wearing a helmet. Unlike Chae Soo Bin who looks innocent and sweet, Yoo Seung Ho seems to be the complete opposite with his charismatic, strong looks and black gloves that he is wearing in every picture. 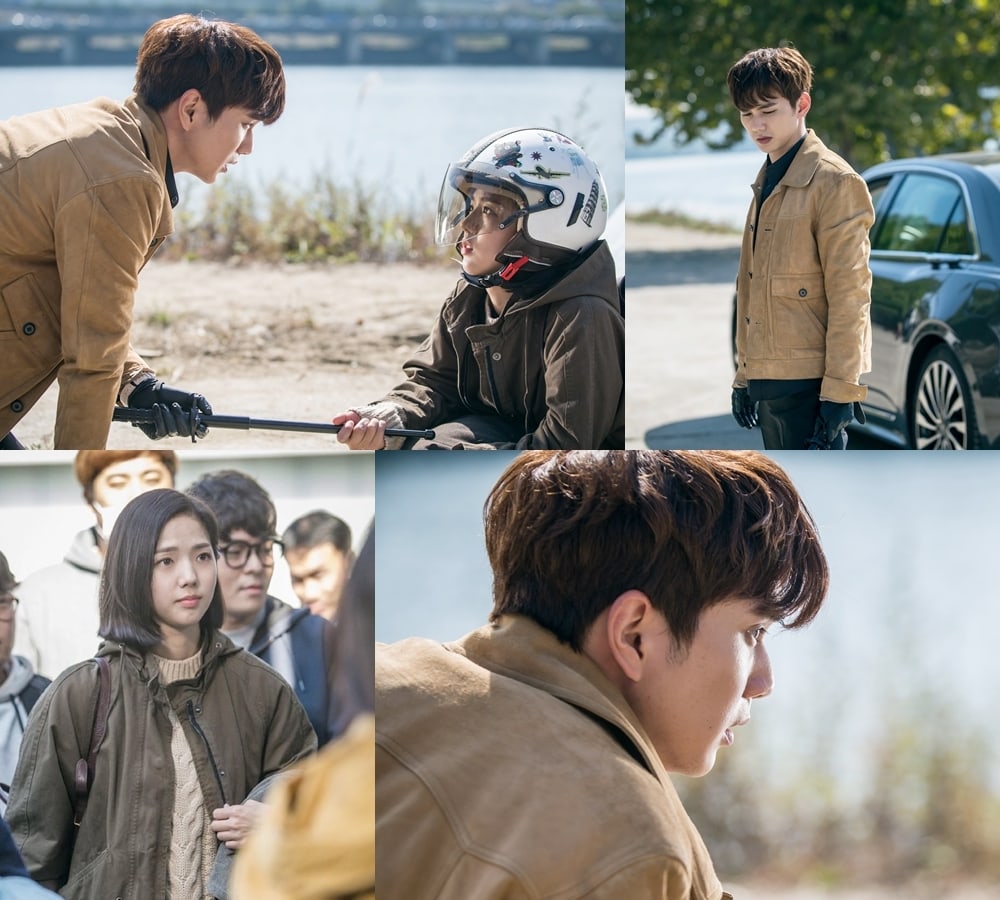 The production staff of “I’m Not a Robot” shared, “Yoo Seung Ho and Chae Soo Bin are showing off such an amazing chemistry that it’s hard to believe it’s their first time acting together. The two are practicing with each other even during breaks and discussing their acting problems.” They added that the process of the two characters bickering and getting used to each other will be one of the charms of the drama.

Yoo Seung Ho plays the role of Kim Min Kyu, a man who has everything. He not only looks great but is also a major shareholder of the biggest company in the country. His only drawback is that he is “allergic to humans,” which makes it impossible for him to make physical contact with other people.

Chae Soo Bin is also expected to make a transformation as she has to act out two characters. One role is ‘Ah Ji 3,’ a humanoid robot that has infinite learning skills with brains of a supercomputer. The other role is Jo Ji Ah, an enthusiastic and emotional girl whose dream is to make things that people need.

Chae Soo Bin
Yoo Seung Ho
How does this article make you feel?