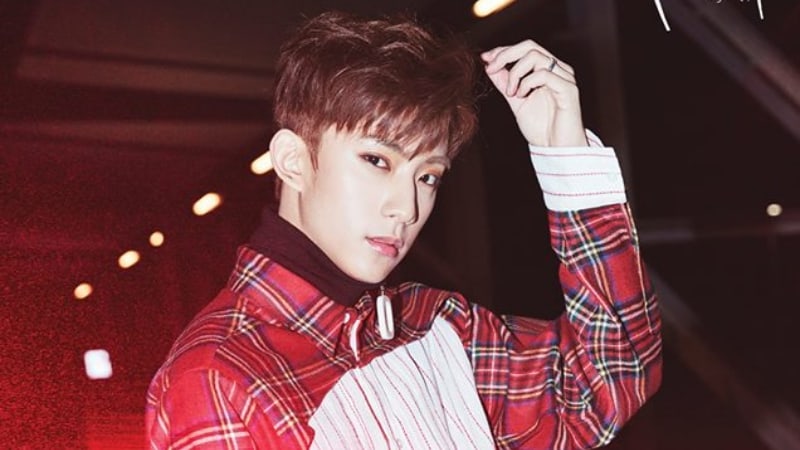 B1A4’s Gongchan has apologized on Twitter for the controversy surrounding his online conversation with VIXX’s Hongbin.

On November 12, Gongchan and Hongbin exchanged public tweets discussing the possibility of going on vacation together. When Gongchan asked Hongbin to send over his schedule, Hongbin responded jokingly, “Send me your bank account first,” later adding, “Then give me your credit card, I’ll take care of making all the plans.” In reply, Gongchan joked, “Hey, the fans want your bank account number. Try posting it for just 0.5 seconds. Let’s leave our travel and lodging to the fans, okay?” 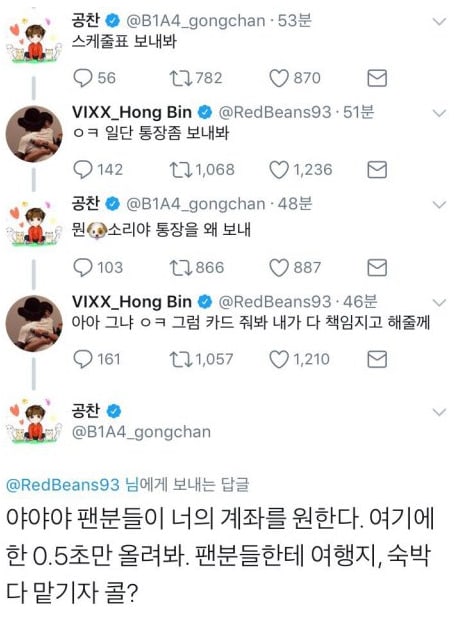 Gongchan wrote, “Hello, this is B1A4’s Gongchan. First, I’d like to apologize to the fans who were hurt by what I said. While chatting with my close friend Hongbin, I should have realized while reading fans’ feeds that my tweet would be seen by many people and could be interpreted in different ways, but Ifailed to do so.”

He went on, “The misunderstanding arose from the tweet about the bank account, which appeared [to some people] as though I meant that we would use fans’ resources for our travel expenses. I completely understand that different people might interpret words differently. Because I often search for fans’ mentions [to me], I felt that I should speak up for the fans who are hurt, so I will try to explain, even if [this message] is long.

“When Hongbin and I were talking about going on vacation, Hongbin asked me for my bank account number and credit card. When I read Hongbin’s message, I thought, ‘What is he saying? Oh… he’s joking that he’ll use my account and card to pay for everything.’ So I was about to joke back that I would use Hongbin’s card to pay for everything when I saw fans’ replies saying, ‘Tell us Hongbin’s bank account number, and we’ll decide.'”

“When I saw that, I thought the fans were making the same joke as I was, that Hongbin should pay for everything. So I posted the tweet to Hongbin telling him to reveal his bank account number and let the fans decide where we would go and stay for our vacation.”

“It seems that something I said casually while conversing with a friend has hurt the feelings of many people. Therefore, I want to apologize once again for not having been more careful as a public figure. In the future, I will strive to become someone who is more cautious on thinking before I speak.”