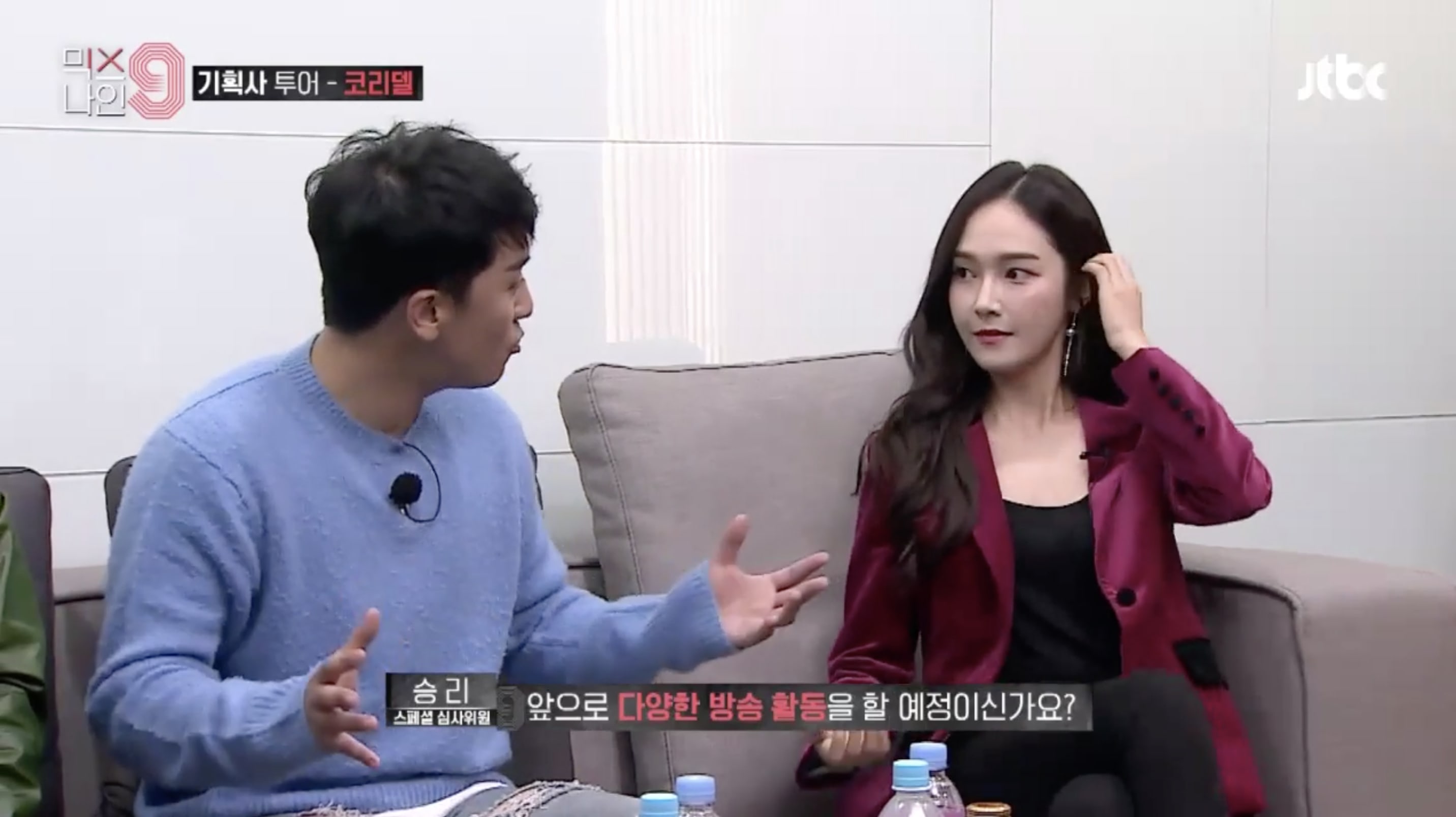 Jessica surprised viewers by making an unexpected appearance on “MIXNINE”!

On the November 12 episode of JTBC’s “MIXNINE,” Yang Hyun Suk stopped by Coridel Entertainment, accompanied by BIGBANG’s Seungri and Noh Hong Chul. Jessica, who is currently signed to Coridel, met with them during their visit.

When asked about her recent activities, the former Girls’ Generation member shared, “I have released solo albums, and I’ve also been running a fashion brand.”

Seungri then expressed the curiosity he had over why she wasn’t on television and continued to ask whether she plans to appear on more broadcasts after “MIXNINE.” Jessica responded enthusiastically and indicated her interest, commenting, “I could do well.” 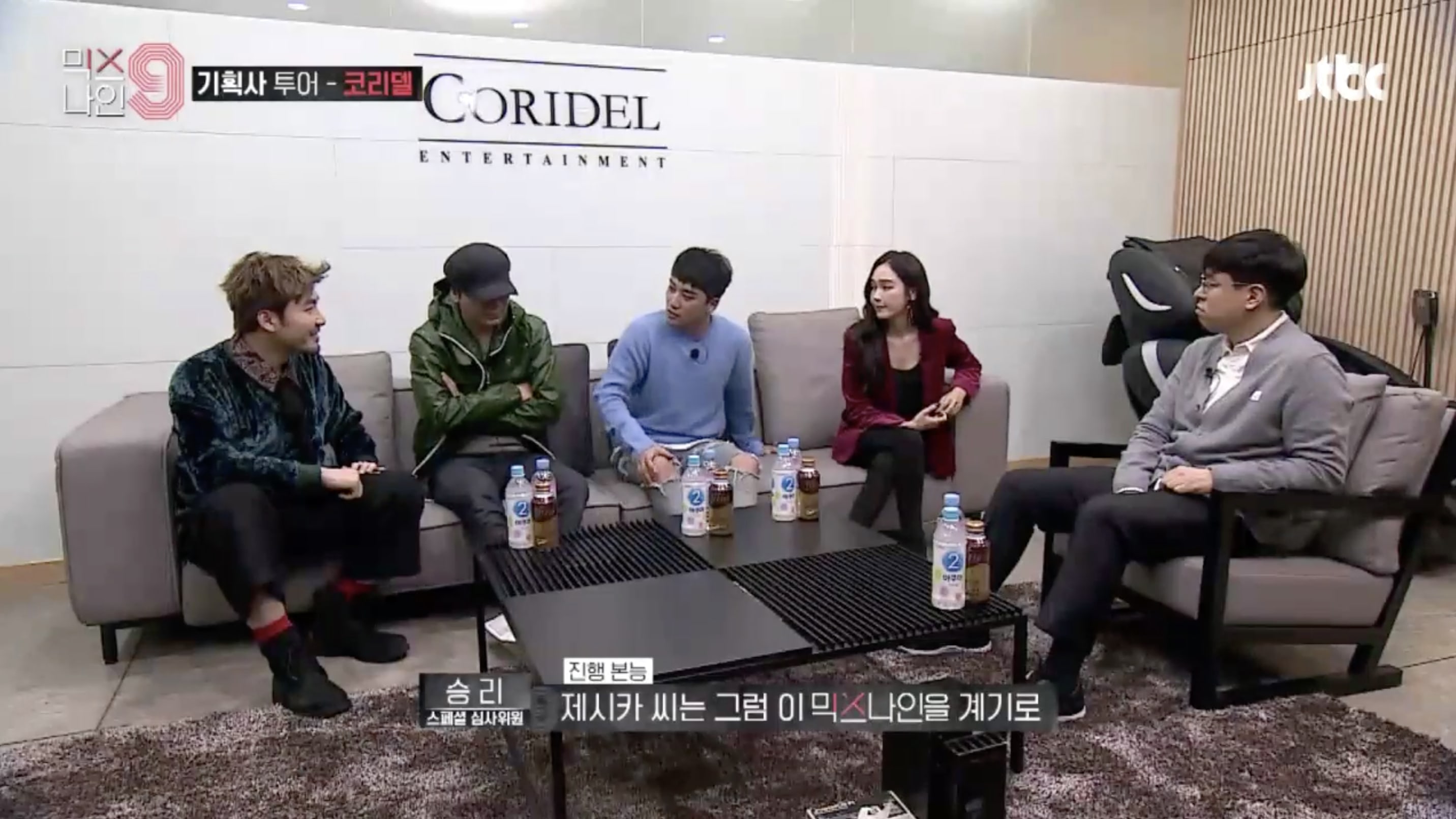