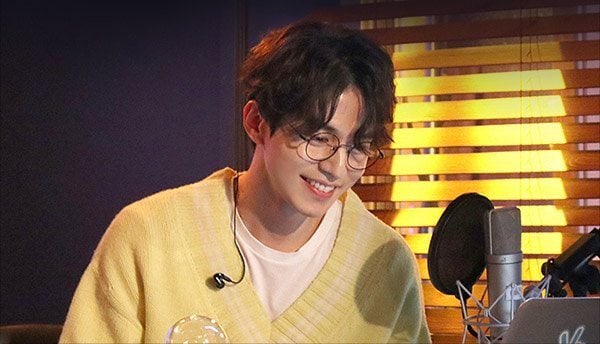 Lee Dong Wook Shares Thoughts On How Much Seol Ah, Soo Ah, And Si An Have Grown

During the November 12 broadcast of his V Live radio show, “Lee Dong Wook’s On the Air,” Lee Dong Wook celebrated his recently passed birthday with his viewers.

The actor’s actual birthday is on November 6, and he shared with his listeners how he had spent it filming the music video for Soyou and Sung Shi Kyung’s “An Obvious Farewell” (literal translation).

Lee Dong Wook also revealed, “I had fun spending time with Seol Ah, Soo Ah, and Si An when we [recently] met up.”

The actor and the children first met each other back in the spring of 2016, when Lee Dong Wook tried to take care of them on “The Return of Superman.” Since then, they have stayed close, with Lee Dong Wook going to see the kids whenever he had the chance, and the children even visiting the set of “Goblin” earlier this year.

“I realized what it means when people say that kids grow quickly. They talk well now and they even sent me a video message they filmed on my birthday,” Lee Dong Wook expressed. “I think that since they can speak well now, it will be even more comfortable whenever we meet. I told them I hoped they would continue to grow healthily.” He also showed off the present he received from the children, before thanking them one more time.

Lee Dong Wook
Soo Ah
Seol Ah
Si An
How does this article make you feel?