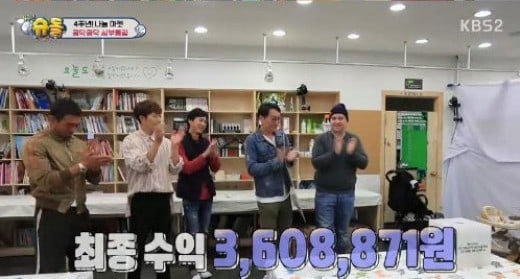 On the November 12 episode of KBS’s “The Return of Superman,” old and new families reunited to celebrate the show’s 4th anniversary in a meaningful way.

The families met up to sell celebrities’ personal items as well as their own in a flea market whose proceeds would go to charity. Seo Eon, Seo Jun, Si An, and Seungjae were in charge of sales, while original “Superman” member Sarang, Seol Ah, and Soo Ah were in charge of the cash register. Youngest “Superman” babies Rohee and William acted as mascots for the event. 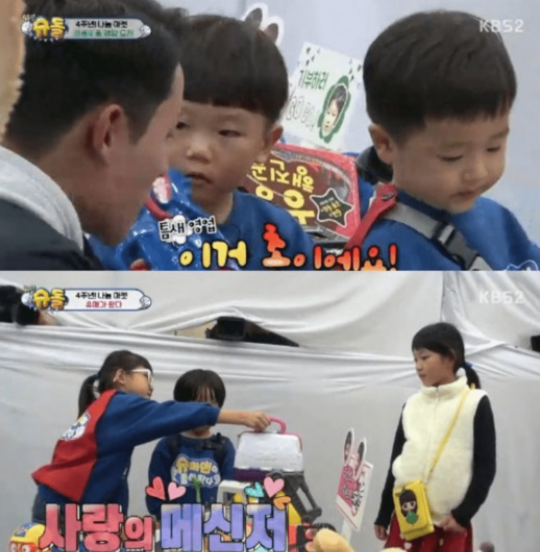 The fathers all dressed up in Halloween-themed costumes for another part-time job – handing out candy to kids at the amusement park. Go Ji Yong turned into a virgin ghost, Lee Hwi Jae tried out a zombie look, Ki Tae Young and Rohee appeared as a gangsi [frozen corpse] father-daughter combo, while Choo Sung Hoon became a grim reaper.

Si An and Seungjae, who are same-aged friends, also went on an errand to buy snacks for the other kids and showed off their budding friendship.

Including the wages from the fathers’ part-time work, the “Superman” families raised 1,707,490 won (about $1500) from the flea market. Lee Hwi Jae also decided to donate the money made from releasing the song he recorded with his twin sons, meaning that the families donated 3,608,871 won (about $3200) total to charity.