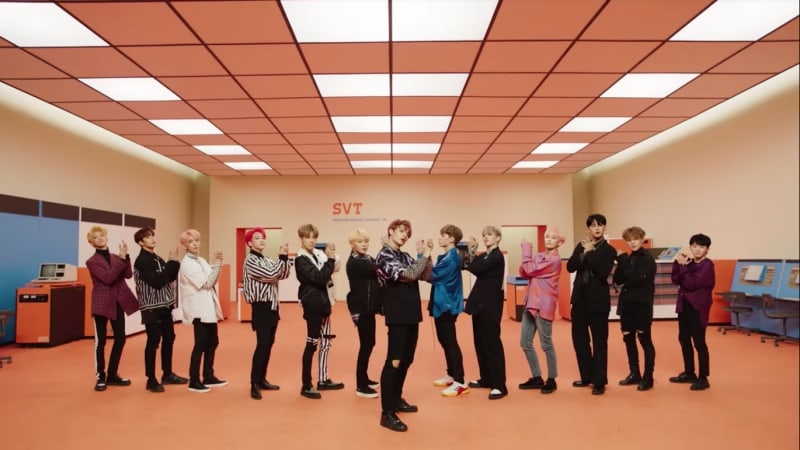 SEVENTEEN has broken their personal record of album sales!

According to Hanteo Chart’s sales reports on November 13, SEVENTEEN’s second album, “TEEN, AGE,” sold 215,669 copies during its first week of sales (November 6 to 12), taking first place in the weekly chart for the second week of November.

SEVENTEEN broke their previous record of selling 192,399 copies of their fourth mini album “AI1” during the first week of release, proving their growing popularity once again. This makes SEVENTEEN the fifth group to sell over 200,000 copies in an album’s first week and makes “TEEN, AGE” the 11th highest selling album in its first week of sales behind BTS’s, EXO’s, and Wanna One’s albums.

A source from SEVENTEEN’s agency said, “It is an honor that the title track and album did well thanks to the fans’ support. We thank the fans and will work hard to repay the fans with an amazing performance.”