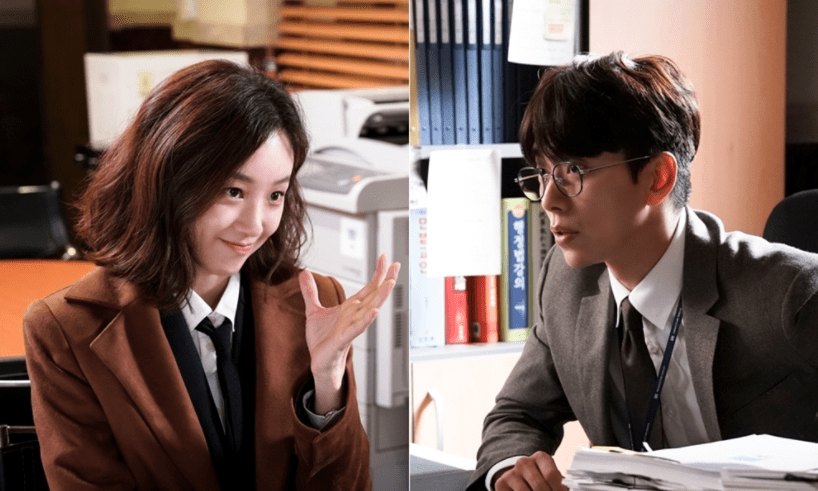 The new stills show Ma Yi Deum (Jung Ryeo Won) unable to hide her embarrassment in front of Yeo Jin Woo (Yoon Hyun Min) as he listens to her with his arms folded. While Yeo Jin Wook is glad to see her, especially since she vanished for three months, he is not happy to find out that Ma Yi Deum is the accused party of a case.

The production team for the drama stated, “In the 11th episode, Ma Yi Deum and Yeo Jin Wook will be meeting for the first time in three months as an assailant and a prosecutor, respectively. Viewers will be able to see what they’re like now that they’re meeting in a completely different situation.”

Meanwhile, “Witch’s Court” will be airing its new episode on November 13 at 10 p.m. KST.