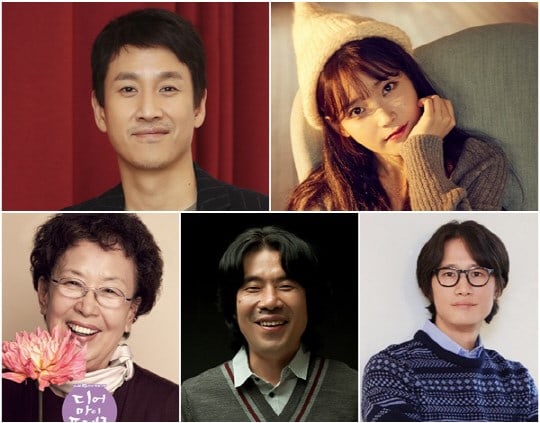 “My Ahjusshi” will be directed by Kim Won Suk, who has worked on productions like “Incomplete Life (Misaeng)” and “Signal,” and the script will be helmed by Park Hae Young, who worked on “Another Oh Hae Young.” The story will be about three brothers who are enduring the weight of life in their own ways and a cold and distant woman who has suffered many hardships throughout her life as they learn to enjoy life and heal their past wounds.

Lee Sun Gyun will play Park Dong Hoon, the second oldest of the three brothers. He works as an engineer at an architectural firm and always has a safety-first approach to life. He is quiet and stoic, but also goes all in for the people he loves.

IU will play Lee Ji An, who is enduring many hardships in life. She is tasked with finding out Park Dong Hoon’s weaknesses at the command of her boss, who runs a company she is temporarily working for, but soon ends up falling for his warm charms and learns to trust someone for the first time. IU had previously been reported to be in talks to join the drama, and today’s main cast announcement has confirmed her appearance.

Oh Dal Soo will play Park Sang Hoon, the eldest brother. He is a middle-aged man who was fired from his job and then ran two failing businesses, which ended up in him being chased out of his own home. Though he has to live under his mother’s roof, Park Sang Hoon is a romanticist at heart who always thinks about ways to find happiness.

The youngest brother, Park Ki Hoon, will be played by Song Sae Byuk. He was once seen as a genius director because an independent film he shot when he was twenty was invited to the Cannes Film Festival. However, 20 years have passed since his glory days and he has yet to successfully launch his career as a movie director.

Lastly, Na Moon Hee will play Byun Yo Sun, the mother of the three brothers. She will play the role of a loving mother who worries about her eldest living apart from his family and her youngest, who has yet to get married despite being over 40.

The “My Ahjusshi” staff stated, “We worked very hard on offering roles to actors who can really bring their characters to life in a relatable and warm way, and we’re very excited to be working with them all.”

“My Ahjusshi” is set to air in 2018 as the follow-up to “Mother,” and filming is set to begin in December.