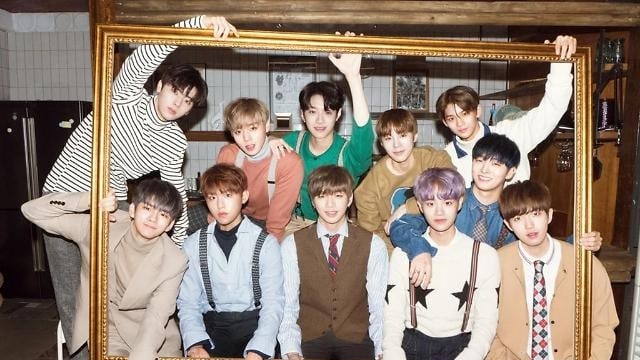 Wanna One Talks About Their Hopes For Year-End Award Shows

On November 13, Wanna One held a press conference for the release of their new repackage album “1-1=0 (Nothing Without You).” During the conference, they revealed their goals for their upcoming promotions, including their desire to win rookie awards at year-end award shows.

Kang Daniel remarked, “I’d like it if we could end this year on a heartwarming note,” referring to the many music award shows that take place at the end of the year.

Bae Jin Young also expressed his wish to win this year’s awards. “We’ll work even harder to become a group that always does our best,” he said, adding, “I really want to win the rookie of the year award at the end of the year.”

Speaking about their plans for the future, Kim Jae Hwan promised that Wanna One would always “work hard, continue to improve, and be humble, without losing touch with our roots.”

Park Woo Jin agreed, sharing, “Our goal is to repay the love and interest that people give us. We will work hard without forgetting our initial mindset [as singers].”

Wanna One’s new album, which has been sweeping realtime charts since its release on November 13, is a prequel to their debut album “1×1=1 (To Be One).” The album tells the story of how the eleven members met and became one, while also describing their feelings towards their fans. The message that the group wishes to convey is that without Wannables, there would be no Wanna One.