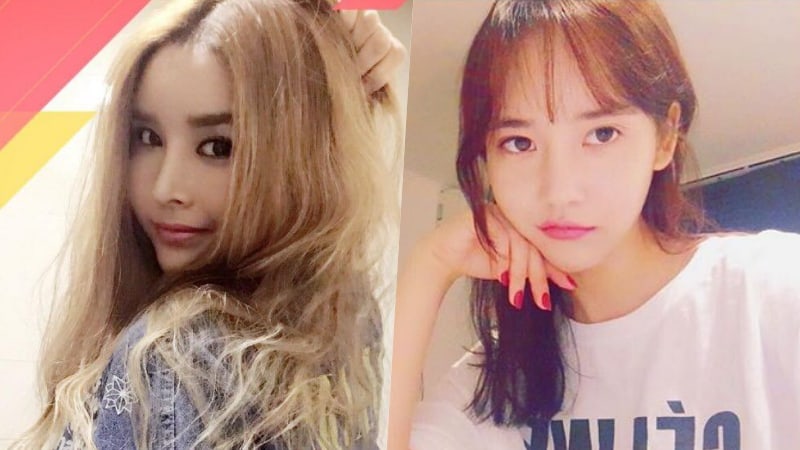 Harisu has formally apologized after being criticized for her retort to controversial comments made by Han Seo Hee, the trainee indicted for smoking marijuana with BIGBANG’s T.O.P.

On November 11, Han Seo Hee posted on Instagram that she did not consider transgender women to be women.

She wrote, “When I started Instagram, I made a lot of posts concerning feminism. Many people, some transgender and some not, sent me direct messages. To put it simply, they asked me, ‘Since transgender women are women too, please post about our rights as well.’ Hmm… but I do not think transgender women are women. Biologically, I do not think of them as women. How can you be a woman if you have a penis… sigh… I am only going to speak out for women.”

“When you ask a transgender person, ‘Why do you want to become a woman?’, the answer is almost always the same,” she continued. “‘Ever since I was little, I liked wearing makeup, I liked hanging out with girls more than with boys, and I liked wearing heels…” etc… then, since I don’t like heels and prefer sneakers, I find wearing makeup tiresome, and when I was little, I liked ‘Digimon Adventure’ more than animation movies with princesses, am I a man? When I talk to the people around me and my friends about transgender people, our opinions often diverge. What do all of you think?”

On November 13, Harisu, a pop singer who is famous for being Korea’s first transgender celebrity, fired back at her on Instagram, writing, “If you want to become a public figure and a celebrity, you need to think about the weight of your words and how much impact they will have. I feel sad for this person’s character and behavior.” She added, “There are people who have hysterectomies due to illness or cancer. If we go by what she said [in her post], are those people also not women?”

She stated, “When I saw the article [about Han Seo Hee] on Facebook today, I was very upset. My emotions were extreme. Although she is a trainee now, she will become a celebrity junior of mine after she debuts, and I may even run into her. I didn’t mean to comment on her feminist activities. I saw a screenshot of a personal conversation she’d had with a transgender individual. When I saw that she’d mentioned genitalia, social security numbers [which indicate gender in Korea], and uteri in the conversation and in a post on Instagram, I thought, ‘Did she have to go that far?’ And I was disappointed and sad.”

Harisu went on to clarify, “I absolutely did not mean to belittle cancer patients or individuals who have had hysterectomies due to illness. I was not asking for transgender rights to be included in feminist rights. I just felt that there was no need to say that kind of thing publicly. I apologize to everyone who is standing up and fighting in the battle for women’s rights.”

Harisu
Han Seo Hee
How does this article make you feel?