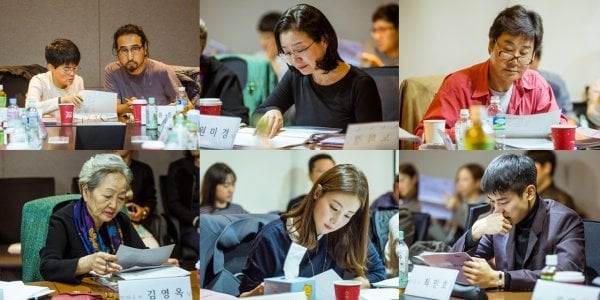 tvN has released photos from the script reading of their new and upcoming weekend drama “The World’s Most Beautiful Goodbye” (literal translation), a remake of screenwriter Noh Hee Kyung’s masterpiece that aired 21 years ago.

The cast of the drama includes veteran actors and actresses, such as Won Mi Kyung, Yoo Dong Geun, Kim Young Ok, and Choi Ji Woo, as well as idols Minho of SHINee and Son Naeun of Apink.

On this day, the cast and crew were seen greeting each other warmly. As soon as the script reading begin, all of the actors immersed themselves into their respective roles and created a passionate atmosphere.

“The World’s Most Beautiful Goodbye” tells the story of In Hee, a middle-aged wife and mother who has been sacrificing her entire life for her family. She becomes diagnosed with terminal cancer and prepares to say goodbye to her family.

Won Mi Kyung perfectly portrayed the emotions of her character In Hee, a mother with a friendly and caring image who is heartbroken by the approaching separation. Yoo Dong Geun, who plays the father Jae Chul, was praised for his depiction of a cold breadwinner who later becomes sorrowful due to the fact that he has to say good-bye to his wife. Kim Young Ok acted out her own lines perfectly as In Hee’s mother-in-law, who has dementia, bringing both laughter and tears to the production crew and cast.

Choi Ji Woo, who plays the eldest daughter Yeon Soo, made everyone sympathize with her character through her abundant emotions. Minho also put his whole heart into acting as the youngest child Jung Soo and showed how his childish character will mature after finding out his mother doesn’t have much time to live. Son Naeun, who is making a special appearance in the drama, also did her part by acting as her energetic and lively character. Besides these main leads, many other supporting actors touched hearts with their excellent portrayal of their respective characters.

All in all, the script reading was a success and many emotional tears were shed during the rehearsal. Many viewers are anticipating what kinds of touching moments the drama will showcase. 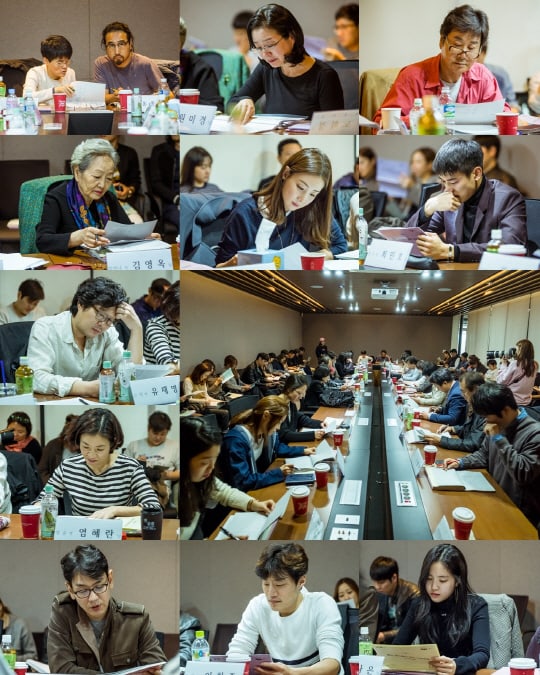 The four-part series will air on December 9 at 9 p.m. KST.