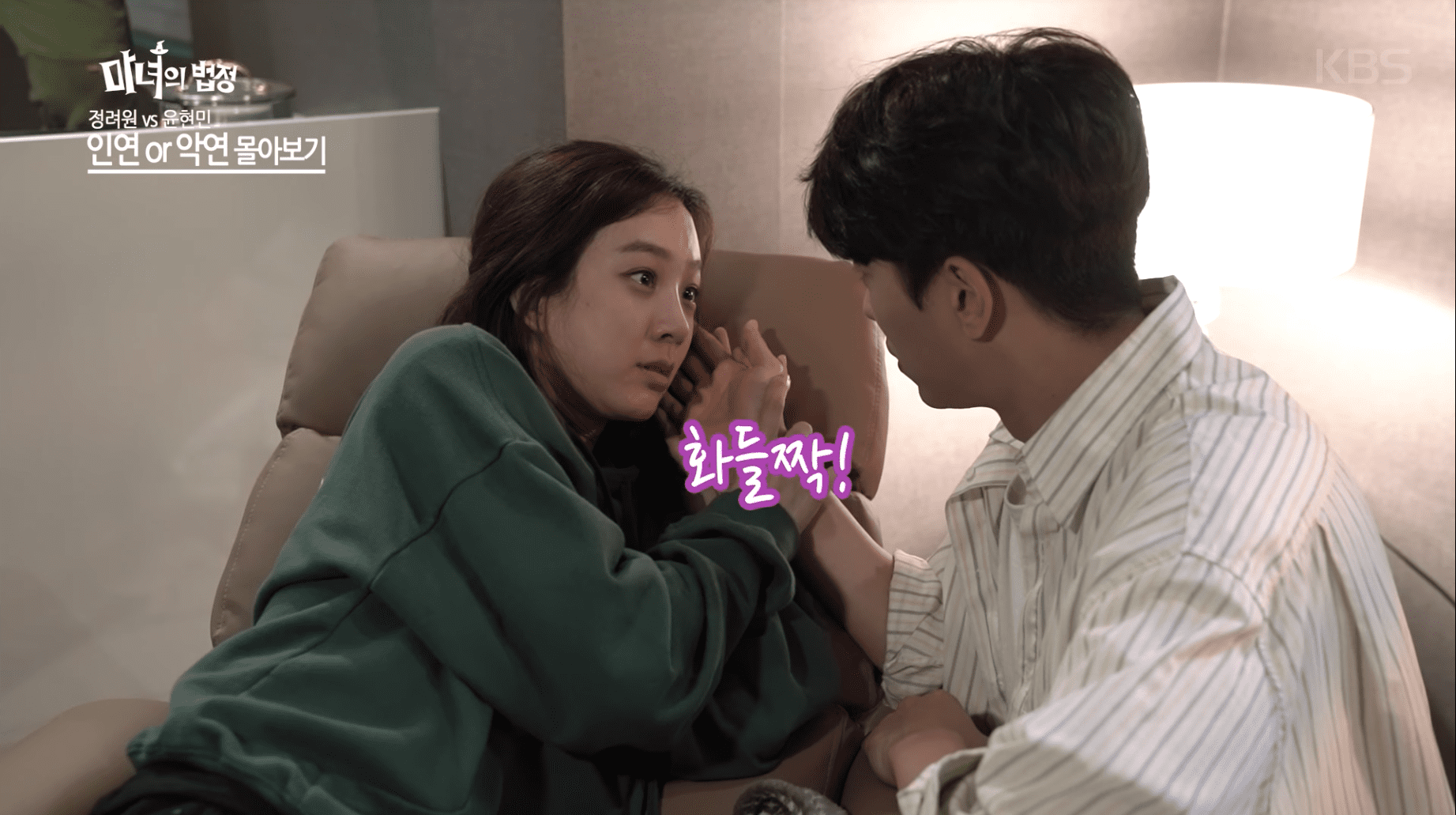 In the film, the two actors rehearse every line and facial expression (with Jung Ryeo Won pulling off some interesting ones in the first scene) in order to perfect their characters’ back-and-forth chemistry.

In the scene where Ma Yi Deum visits Yeo Jin Wook’s house and has a dream of her lost mother, the actors even rehearsed how exactly Yoon Hyun Min would touch Jung Ryeo Won’s face, trying out different hand gestures to see which would feel more natural.

The actors also showed that funny scenes could crack them up as well as the audience, like the scene where Ma Yi Deum tries to pretend Yeo Jin Wook is her husband in the hospital.

When rehearsing their fight scene, both actors, holding each other’s arms, practiced how exactly they would deliver their lines (with the director’s help) for maximum effect, allowing them to deliver a heartbreaking performance when it came to the actual filming.

Watch the making film below:

You can watch the latest episode of “Witch’s Court” below: