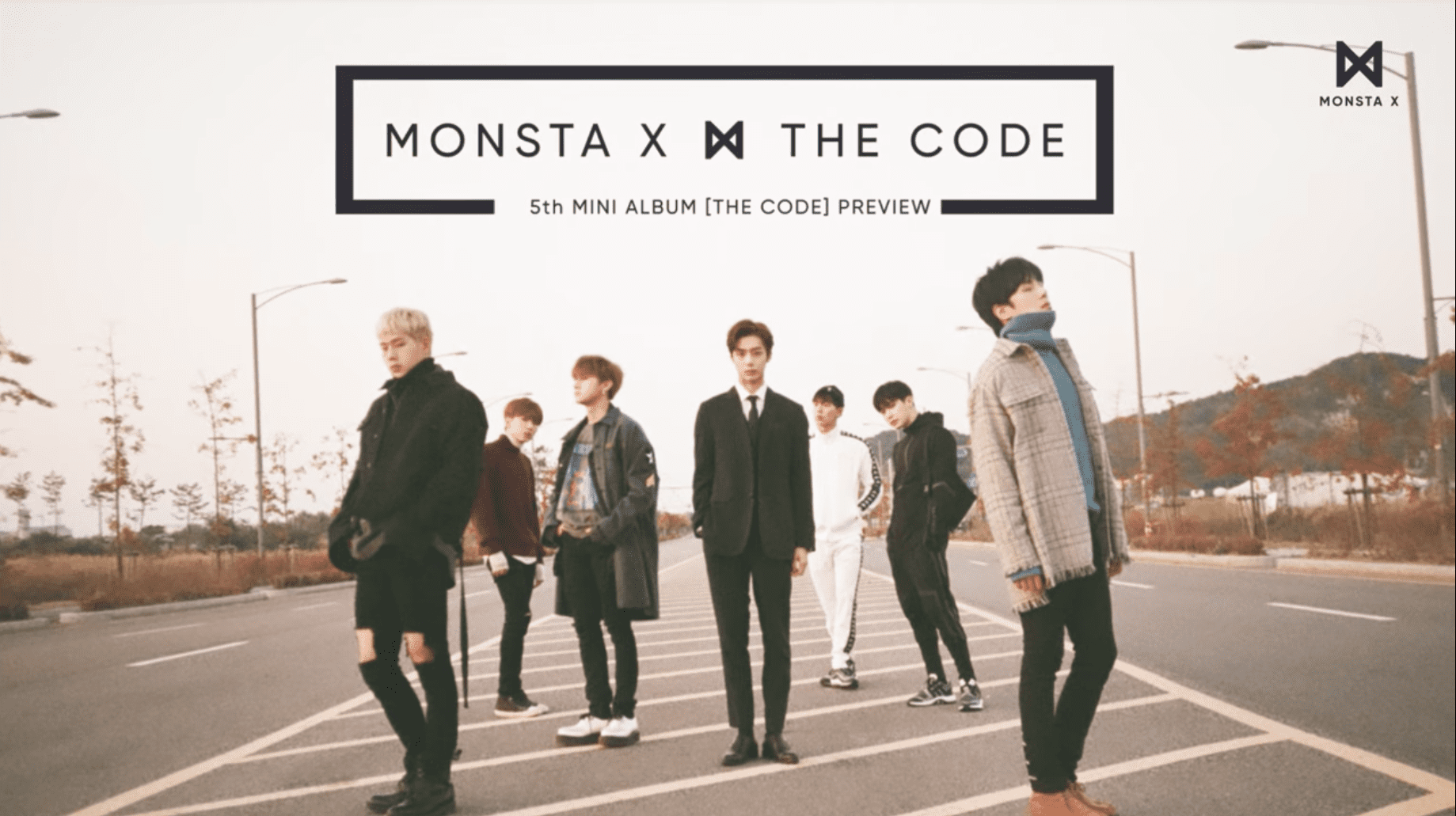 After completing their first week of music show performances, MONSTA X sat down for an interview with Ilgan Sports to talk about their latest comeback.

Jooheon said, “We made a comeback after finishing our first world tour. Since it was the first comeback after the world tour, we felt especially nervous. I think it was because we knew that the fans we’d met in all those countries were watching over us.”

Shownu said, “We’re more nervous for music show performances in particular. We are more used to the performance stage in some ways, but since those are broadcast, we got a little nervous.”

Talking about their album, “The Code,” the members picked Minhyuk and Wonho as the “key points,” saying, “Minhyuk is in charge of the important introduction. The most important dance part belongs to Wonho. The dance teacher said their posture was the best.”

“I worked hard on my diet,” Wonho said in return. “I reduced the amount I ate and exercised a lot. I didn’t eat much carbohydrates and ate protein. I worked hard to maintain my body but I regret not being able to perform in the show-con.” (Wonho was absent due to health issues, but later returned for music show performances.)

Minhyuk added, “Wonho and I used to be part of the ‘late-night-snacks-family’ but I felt a little sad that he couldn’t eat with me due to his diet.”

Finally, MONSTA X talked about their futuristic, time-travel-concept music video for “Dramarama.” Of the scene where Jooheon’s car flips over, he said, “The car actually turned around me while I was riding. It’s not CGI. If you watch the MV carefully, my face is definitely pressed down in some parts. I tried to act realistically.”

Jooheon picked Hyungwon as the best actor in the music video, saying, “The ability to travel through time is a fantastic superpower, but it looked especially good because [Hyungwon] was wearing a suit. Acting is acting, but his visuals were great as well.”

Kihyun said, “I also have a lot of confidence in acting. If the opportunity arises, I’d like to try a drama. But I was a little embarrassed while filming the music video. When the time-slip happened, I was the only one making these movements like time was changing.”

MONSTA X made their comeback on November 7 with their fifth mini album “The Code” and title track “Dramarama.”