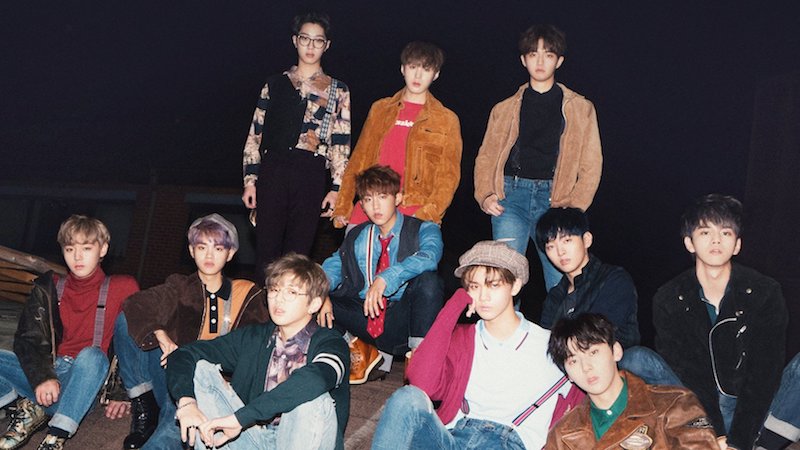 On November 13, Wanna One released their second mini album “1-1=0 (Nothing Without You),” featuring the title track “Beautiful.” The music video for “Beautiful,” which was directed by Yong Yi and is over eight minutes long, received a great deal of attention for being a dramatized movie version, with the members acting alongside veteran actor Cha Seung Won instead of showcasing their choreography.

However, after the music video’s release, director Yong Yi received some criticism over the members’ differing amount of screen time in the video. Some complaints were made that the unequal distribution of screen time was unfair, pointing out that certain members had more than one full minute of screen time, while other members were on screen for only a few seconds.

After some of Wanna One’s fans took to the director’s social media to express their dissatisfaction, Yong Yi responded by posting an apology.

He wrote, “I’m sorry. I tried, but because I was lacking, I failed to capture all of the members well. But throughout the filming, I was very impressed by the members who, even though they had small parts, worked hard and gave the video their all. If an opportunity should arise in the future, I will capture different members’ charms and effort.” 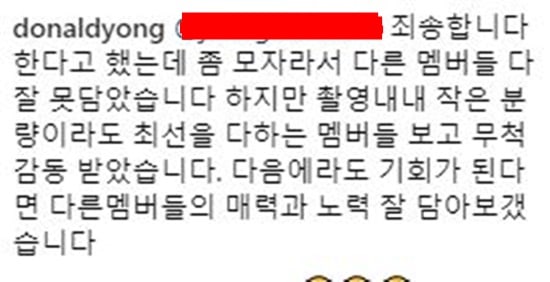 Some fans responded positively to the director’s apology, replying, “Thank you for working hard on the music video. Next time, we hope that you include more screen time for other members as well.”

Wanna One
yong yi
How does this article make you feel?