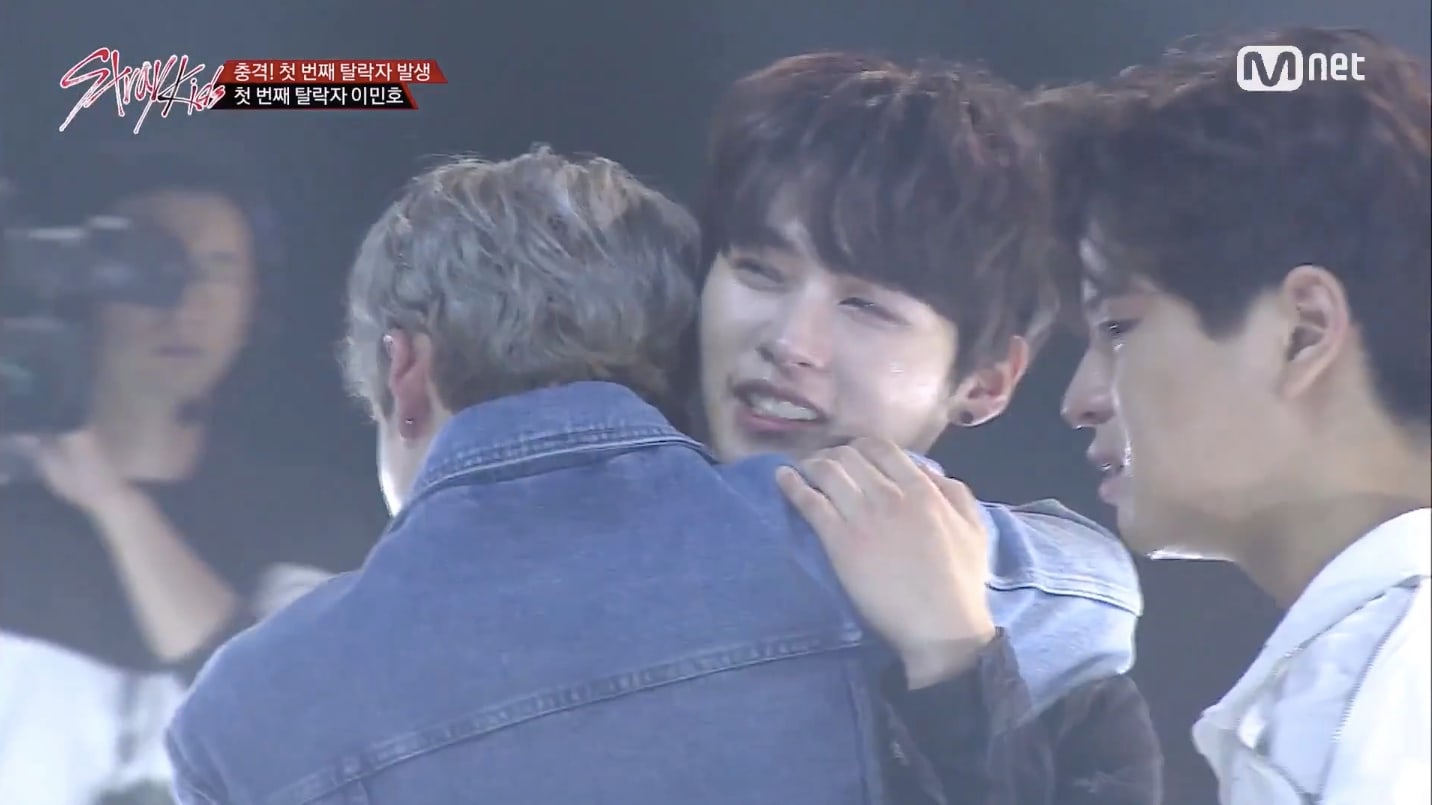 After “Stray Kids” eliminated its first member, the JYP trainees participating in the show responded with tears and regret.

Last week’s episode of Mnet’s “Stray Kids,” which aired on November 7, ended with Park Jin Young announcing the first elimination in the final seconds of the episode. The November 14 episode of the survival show featured the members’ reactions to the news that trainee Lee Minho would be the first to leave the group.

Of the nine trainees hoping to debut in JYP’s next boy group, Park Jin Young had previously stated that Lee Minho, Yang Jungin, and Hwang Hyunjin were being considered for elimination. After Lee Minho made a small mistake with his lyrics during his performance, he worried about Park Jin Young’s reaction, saying, “Because I made an unimaginable mistake, I’m very much in danger [of being eliminated].”

As he had feared, Park Jin Young announced, “I’m sorry, but today, we have our first eliminated trainee. I definitely could see that you did your best to prepare. But your training period was much shorter than that of the other members. You worked hard. It wasn’t that you weren’t good, but your time as a trainee was too short, so don’t be too disappointed.” He later added, “You can work hard and prepare more.”

After Park Jin Young’s announcement, the other members initially stood frozen onstage as they attempted to fight back tears. Eventually, however, they broke down crying as they embraced Lee Minho and expressed their regret that he hadn’t been able to show his best performance.

Member Hwang Hyunjin said through his tears, “If only you’d done as well as you did during practice.”

Lee Minho agreed, saying, “I would probably have been fine if I’d only performed like I did during the rehearsal earlier.”

He later remarked that he wanted to apologize to the members he had to leave behind, saying, “It seems that I won’t be able to continue on with them. I feel sorry that it will have to be just the eight members from now on, and I blame myself most. I keep thinking, if only I’d slept an hour less and practiced more instead.”

Watch the heartbreaking clip below.