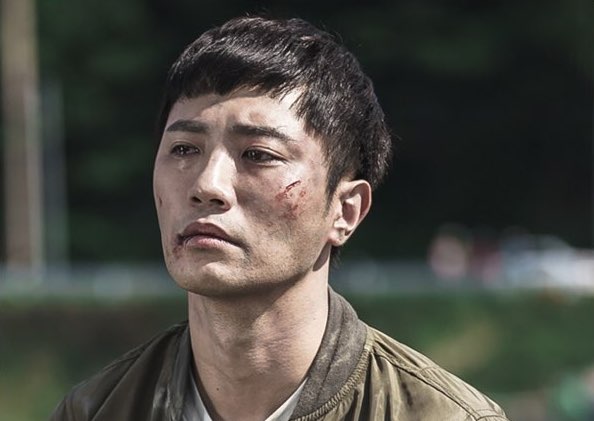 Jin Goo will be playing to role of Jang Joon Seo, the second son of the Jang family. He is a homicide detective who ends up going against his family after he learns that they were involved in the death of his beloved wife.

The new stills show Jin Goo walking along the seaside, with an unfocused gaze that stares into nothingness. He ends up being unable to hold back his emotions and he falls to his knees sobbing. The various cuts and bruises on his body, coupled with the pain that is evident on his face, give a small hint to what dangers lies ahead for Jang Joon Seo as he faces against his own family. 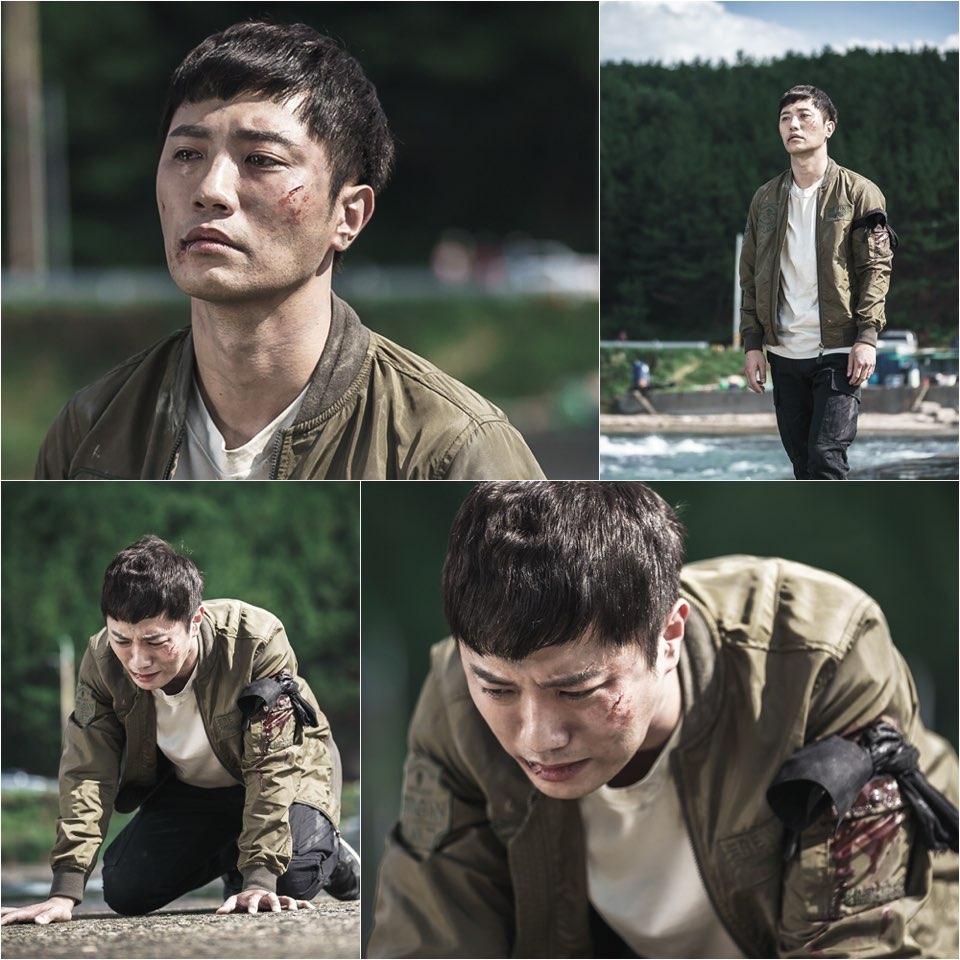 The scene was shot in September and the staff of “Untouchable” explained that it was a pivotal scene that showed Jang Joon Seo grieving for his deceased wife. Once cameras started rolling, Jin Goo’s explosive emotional outburst was powerful enough that staff members are said to have been completely drawn into the sorrows of the character.

“Untouchable” is set to be a well-made action thriller that follows the story of two brothers as their paths diverge. Jang Joon Seo, the younger brother, goes against his family’s power and greed after losing his wife, while Jang Ki Seo, the older brother, commits heinous and unspeakable acts to stay alive. The drama will be the follow-up to “The Package” and will begin airing on November 24 at 11 p.m. KST.