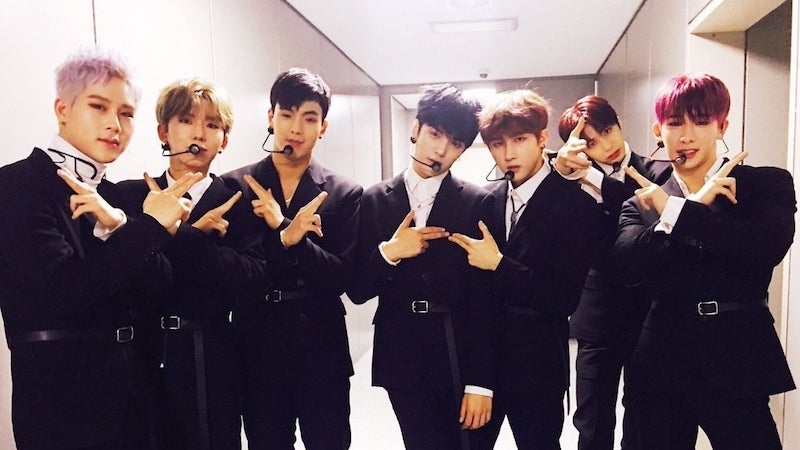 The group had won first place on a music show for the first time since their debut in 2015 with their latest title track “Dramarama” on the November 14 broadcast of SBS MTV’s “The Show.” As most of the members had been too overwhelmed by their emotions to give an acceptance speech during “The Show,” the group tried to articulate their feelings more clearly during the broadcast, but still struggled to speak through their tears.

“Earlier, we were so surprised and caught off-guard that we couldn’t say anything. But thank you so much,” said leader Shownu. Trying to find the right words, he finally turned to Minhyuk for help instead, asking, “Please say something, Minhyuk. You’re the one who’s good at talking.” Minhyuk, however, was still too emotional to speak.

Shownu later asked Hyungwon to say a few words, adding, “Stop crying now,” to which Jooheon responded, “Hyungwon has been crying from the beginning.” While attempting to speak, Hyungwon quickly choked up again and said, “I don’t think I’ll be able to say anything.”

Fortunately, Wonho managed to express their thoughts instead. “Thank you so much for giving us the chance to experience what it’s like to win first place. We’re so grateful,” he said, before suddenly commenting, “Wait, I have to call my mom.”

Jooheon explained that he could not remember what he’d said earlier during his acceptance speech, and shared, “Thanks to Monbebes, we were not only able to receive this award and win first place, but also received so much energy from our fans that we will be able to work harder during our promotions.”

Kihyun expressed his gratitude as well, promising, “We’ll work harder in the future.” He added, “I tried to say something earlier, but I had just barely managed to stop crying and was about to speak when I saw Wonho sobbing next to me. So, the tears started flowing again.” 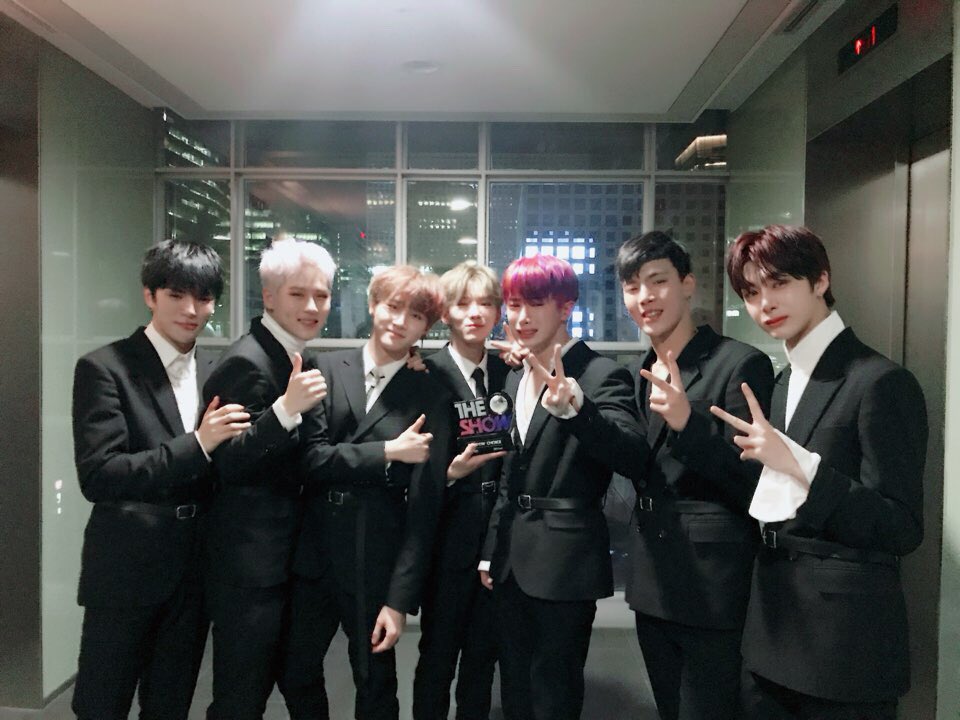 I.M chimed in, “I didn’t think that we would actually receive the award. So when we won, I couldn’t think of an acceptance speech. The only thing that kept coming to mind was all the hardships that our members had been through.”

Wonho and Kihyun agreed that they hadn’t expected to receive the award, with Wonho revealing that he was originally unhappy to see that MONSTA X was up for first place. He choked up as he explained, “We were contenders for No. 1 on a music show a few times in the past, and based on those experiences, I didn’t exactly welcome being a contender again. I thought, ‘We aren’t going to win anyway,’ and worried that our Monbebes will feel disappointed and sad after working hard to vote. I felt sorry and didn’t want them to go through that again. So when we arrived today [at “The Show”], I was hoping that we weren’t contenders for first place.”

The members’ sniffling could be heard in the background throughout the video as MONSTA X repeatedly thanked their fans, and later kneeled and bowed in order to express their gratitude. I.M finally said, “Let’s stop crying, since this is a happy day. We’re going to continue to improve and grow as a group.”

Kihyun added, “Although we cried, we want Monbebes to keep smiling.”