EXO’s D.O. Opens Up About His Love For Acting And Cooking For His Members

EXO member D.O. was recently featured alongside his “Room Number 7” co-star Shin Ha Kyun in a pictorial and interview for Magazine M, where he opened up about his latest roles, acting, and hobbies.

D.O.’s character in the film, Tae Jung, is a young man in his 20s struggling to survive in society. He is naive, but desperate enough to get involved with drugs and gangs for money to pay off his debts. 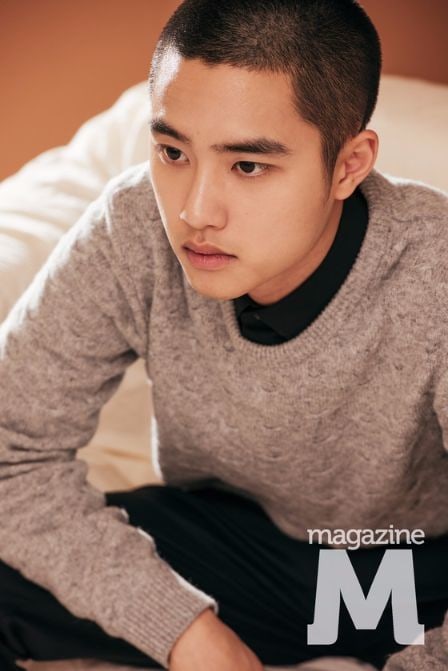 D.O.’s life as a popular idol and actor is worlds away from Tae Jung’s harsh version of reality, but D.O. said he could still relate to his character. “I haven’t realistically [had those problems myself], but since I started life out in society early for my age, I know the feelings of frustration,” said D.O. He also revealed that his personality is similar to Tae Jung’s in how he keeps things to himself and prefers to observe rather than lead.

Tae Jung has the phrase, “There is no need to try so hard to satisfy everyone,” tattooed onto the back of his neck. D.O. said he came up with the idea of his character’s tattoo during discussions with the director and added, “It fit really well with Tae Jung.” 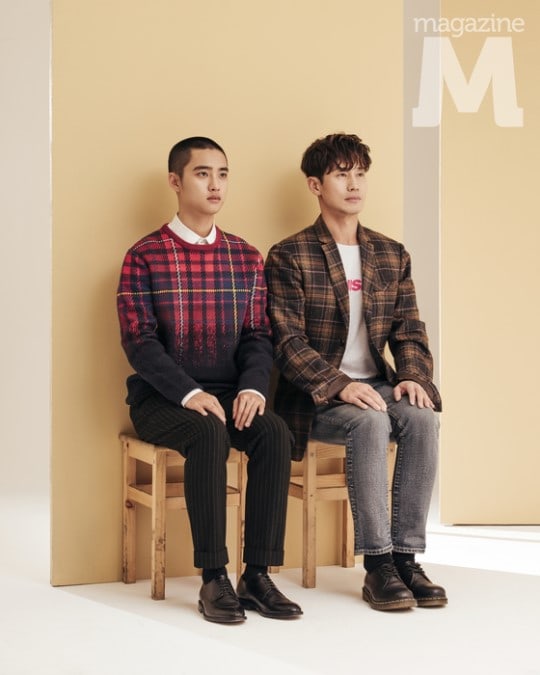 D.O. has been appearing non-stop in films since appearing in “Cart” in 2014. He explained, “I have a lot of ambition for acting. I discovered a fun aspect of life through acting. I get surprised when I notice my emotions changing and maturing whenever I’m doing a project. I feel a lot for the characters that I play. When I acted out Tae Jung, I imagined his past, thought about how difficult it must’ve been for him, and understood him more. I hope that as I gain more experience, I will be able to better express my change in emotions.” The EXO member also explained that he finds it hard to give up any roles that pique his interest.

When the interviewer asked him about his short hair and if it was for his upcoming film “Swing Kids” (literal translation), D.O. answered, “I have filmed six scenes. I am playing the role of a North Korean who falls in love with tap dancing. I’m currently learning how to tap dance and it’s really fun. It’s different from memorizing stage choreography. It’s almost like playing the drums with your feet and feels like I’m learning a new instrument.” 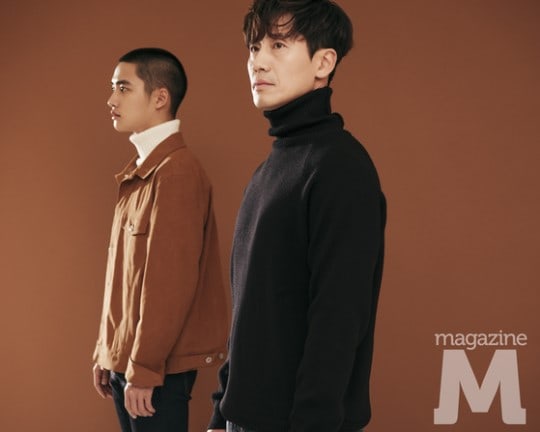 The EXO member named films “Birdman” and “Cast Away” as the most recent and favorite films he’s watched respectively, and shared that he goes to the movies late at night when there aren’t people around. Outside of performing and acting, D.O. expressed how he has a love for cooking as his hobby.

“I like making and eating delicious food, and people around me like eating my cooking too. These days, I’m good at cooking fish. A few days ago, I invited all the EXO members and made them braised pomfret, fried rice, grilled short rib patties, and clam soup,” revealed D.O.

Check out the photos of D.O. and Shin Ha Kyun from the pictorial below! 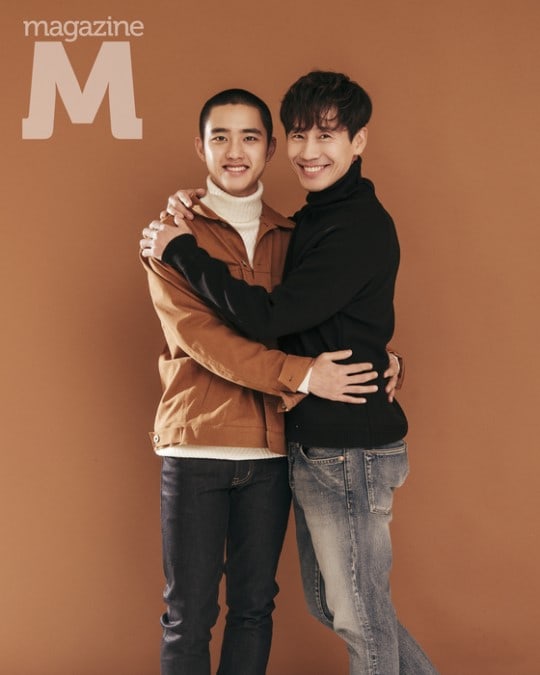 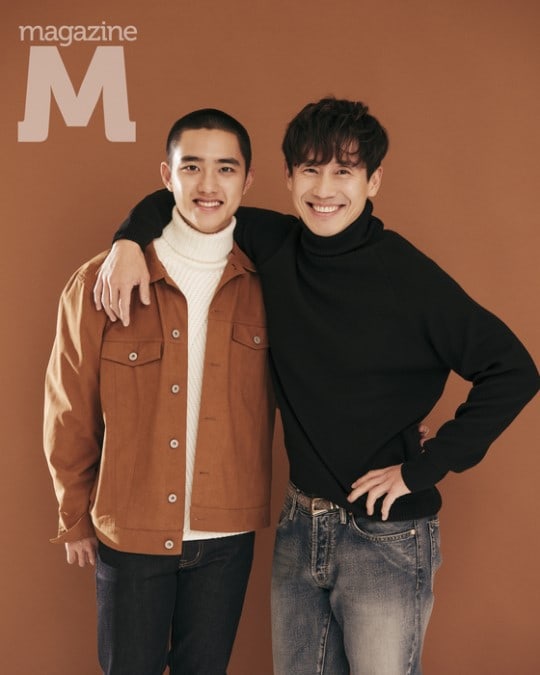 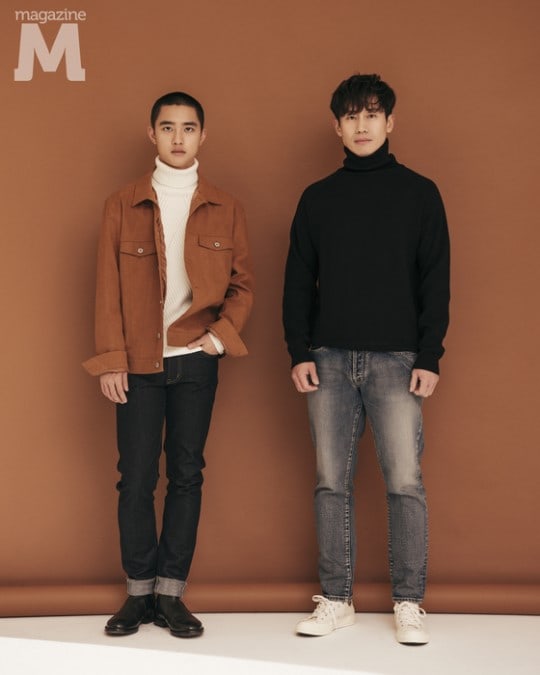