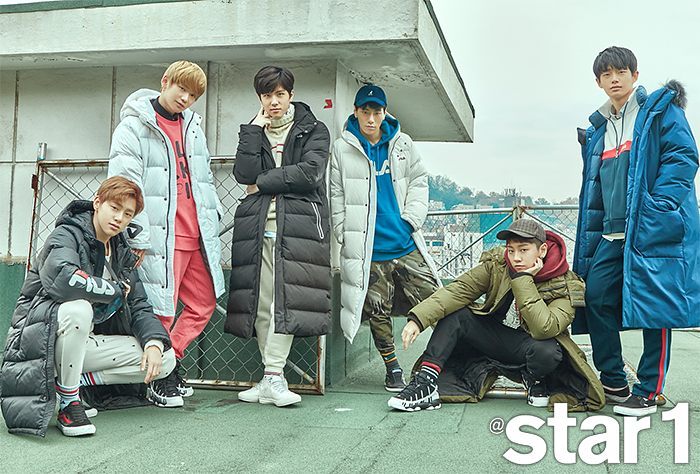 JBJ recently opened up about being nominated for first place on a music show, as well as what idol life has been like in general, during an interview and photo spread with @star1.

JBJ was nominated on “The Show” alongside Highlight and Rainz on October 24, and came in at second place. When asked how they felt about the nomination, the members said, “We were all so happy because we hadn’t been expecting it at all. We even talked amongst ourselves about whether we should prepare an acceptance speech or not.” 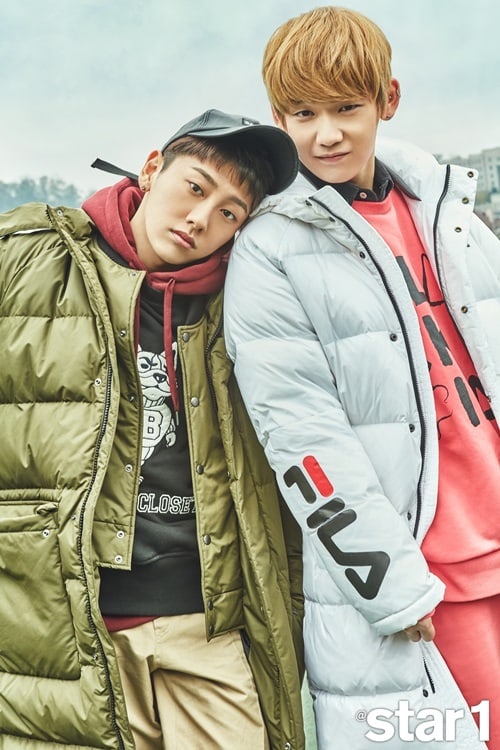 It’s been a month since the group made their debut, and the members of JBJ said, “We get to spend a lot of time together because we do a lot of photo shoots as a group. What we like most is that we have more opportunities to meet our fans than when we were trainees.”

Moving on to speak about idol life in general, Kim Yong Guk joked, “When I have solo activities to do, I usually ride taxis instead of taking the subway, but it always costs too much,” while Kim Dong Han said, “We actually don’t spend that much money because our company pays for most things. I think I’ve spent only 50,000 won (approximately $45) in the past two months.” Takada Kenta revealed that he’s been getting a lot of advice and help from Teen Top’s Ricky, who he greatly admires, as he explained, “He told me that there are a lot of things you need to be careful about as a singer. He advised me on what I can do to make our fans even happier.” 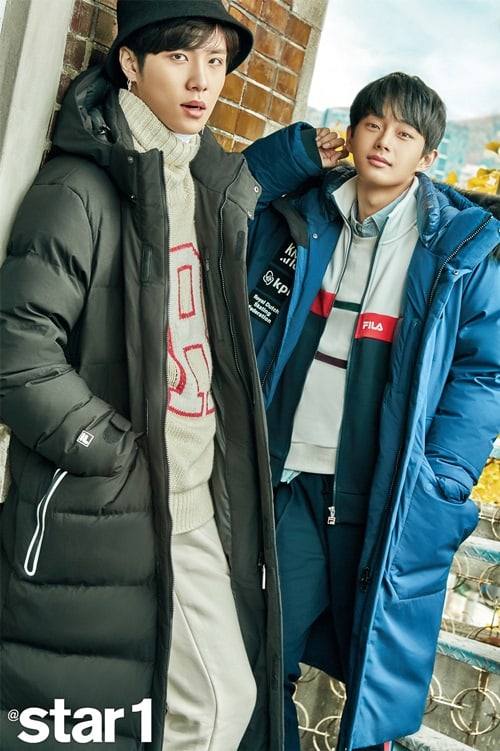 The members of JBJ also had some advice for the contestants of KBS’s “The Unit” and JTBC’s “MIXNINE,” two idol audition programs that are currently airing. They said, “When we held our debut showcase, the thought that came to all of our minds was, ‘I’m grateful to myself for not giving up.’ We hope their passion for their dreams continues to grow, and we hope this becomes an opportunity for them to learn more about themselves. As long as they do their best and not give up, things will work out eventually.”

Lastly, the members described 2017 as a year dedicated to creating JBJ and said, “It feels like every day up till our debut had been one step closer to forming JBJ. We hope to fly even higher next year.” 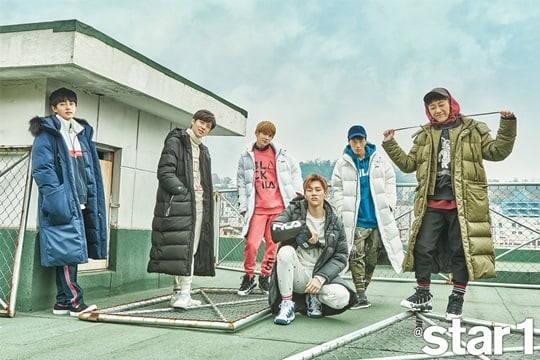