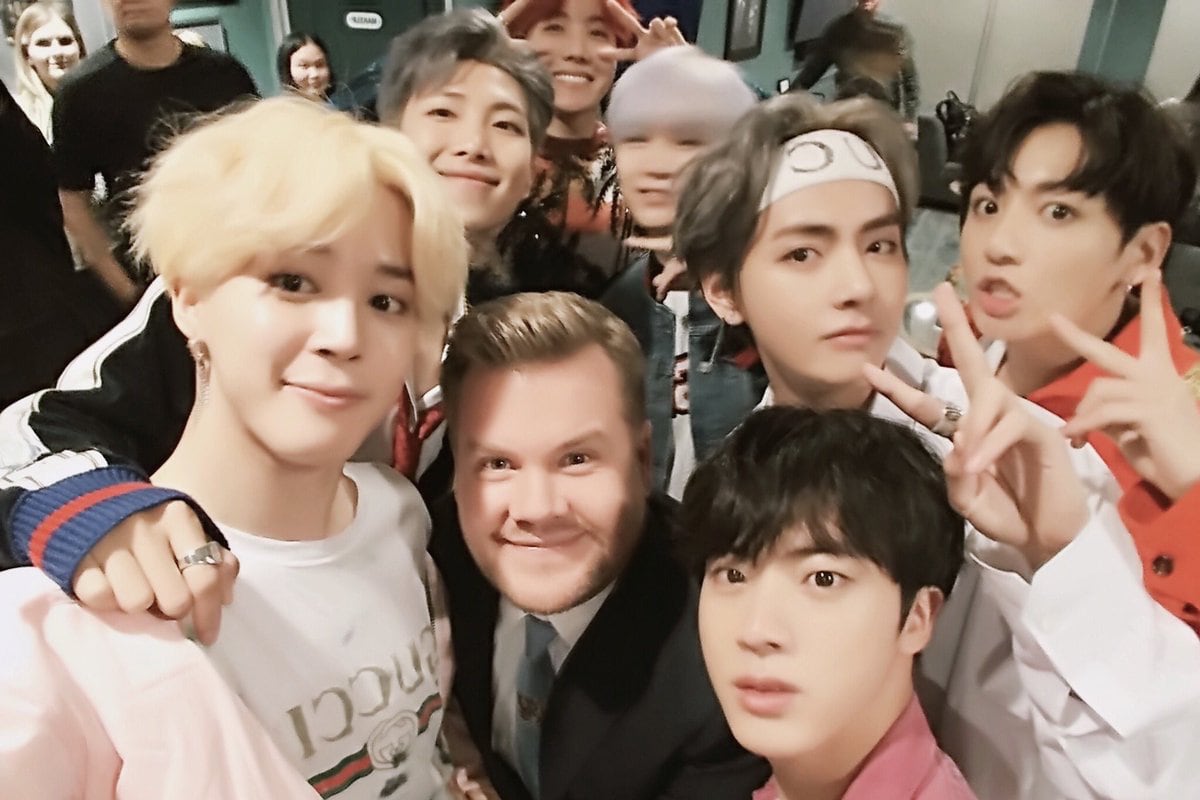 It looks like BTS has a lot to say about their experience on “The Late Late Show With James Corden”!

BTS gave a live performance of “DNA” during the show’s November 14 recording, and James Corden, calling himself their “biggest fan,” shared some clips that he took of the members.

Producer Bang Shi Hyuk, the man behind Big Hit Entertainment and BTS, shared some text messages that he had exchanged with the members talking about their experience on the show.

Translation of texts above:

Jimin: It’s so cool. It feels like I’m watching TV.

Bang Shi Hyuk: Did he understand your performance?

J-Hope: Yes, a lot of fans showed up. They made up half the audience. No, more than half.

Jimin: Yeah, they gave us such a warm welcome.

J-Hope: Yeah, it was fun haha. I wonder how the U.S. will react. I wish the [episode] could air quickly. I think the [staff] here likes us, too.

Bang Shi Hyuk: How were the games? Were they fun? Did the audience and fans like it?

J-Hope: T_T I was so surprised when the fruit exploded. It was so loud haha.

Jimin: We were so surprised haha.

J-Hope: Oh yeah~ the audience reactions were the best.

Suga: It’s so fascinating to see in real life the things we saw on YouTube.

V: Thanks to James, we felt comfortable while filming.

Jin: It was the first time I realized that fruits could scare me.

. (name not visible): It’s sad because I don’t know English.

BTS
Bang Si Hyuk
The Late Late Show with James Corden
How does this article make you feel?