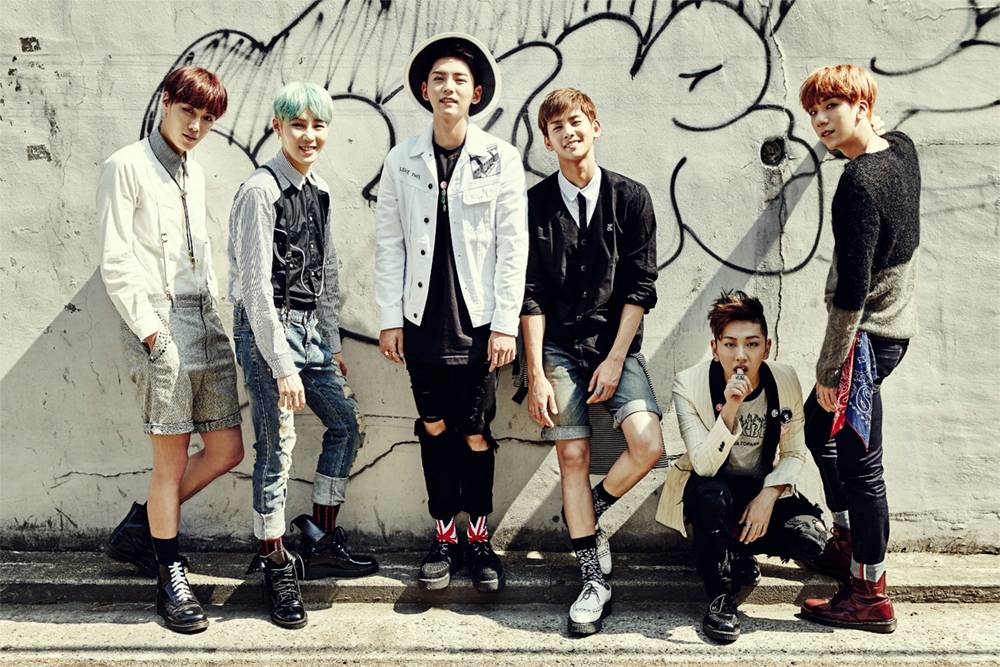 6 Things You Need To Know About HOTSHOT

HOTSHOT’s been around in the K-pop industry for more than three years now, but many people only got interested in the group after Ha Sung Woon and Noh Tae Hyun appeared on “Produce 101 Season 2” and Timoteo and Hojung auditioned on “The Unit.”

If you are not very familiar with the boys yet, here are a few things you should know about HOTSHOT!

Before debuting, the boys released a webtoon called “HOTSHOTTOON” and a series of videos titled “HOTSHOT VOLUMES.” After promoting their debut single on various music programs, the group released its first mini-album in April 2014, titled “AM I A HOTSHOT?” The repackage album, “I’M A HOTSHOT,” was released in the summer of the same year. They made their Chinese debut in 2015, and they also debuted in Japan in 2016 with their single album “Step by Step.”

Members Noh Tae Hyun and Ha Sung Woon decided to enter the second season of “Produce 101,” and they won the heart of the viewers immediately. Noh Tae Hyun ended up getting eliminated, but he later became part of the fan-imagined group JBJ. Ha Sung Woon finished in 11th place on the show, becoming a member of the final 11-member group, Wanna One. This also means Ha Sung Woon won’t be able to join HOTSHOT’s activities until January 2019.

HOTSHOT made their first comeback without Ha Sung Woon with the digital single “Jelly” this summer.

To represent their team and spread HOTSHOT’s name further, members Timoteo and Hojung decided to participate in KBS2’s idol-rebooting show “The Unit.”

The members are incredibly talented

The meaning of HOTSHOT’s name is “someone who does really well in the world of music,” and all six of the members live up to this name without a doubt! Let’s take a look at what they have! 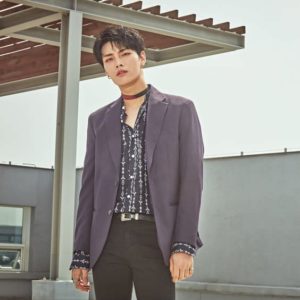 Junhyuk is the leader and the eldest member of the group. He enjoys composing and is a great singer-songwriter. He is one of the main vocals of HOTSHOT, and he can play the piano, too. He is a responsible leader who takes care of his members, and he will definitely find his way to your heart with his warm personality! 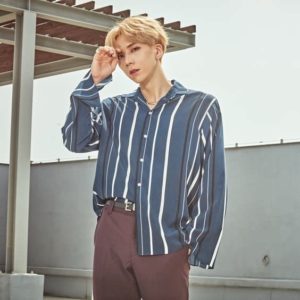 Timoteo (or Kim Moonkyu) is a real all-rounder: apart from being a sub-vocal and rapper of the group, he is also one of the main dancers. He is a former SM trainee, and was supposed to debut with EXO. He is famous for his wide shoulders, and, according to his close friend SHINee’s Taemin, he gives very good advice. 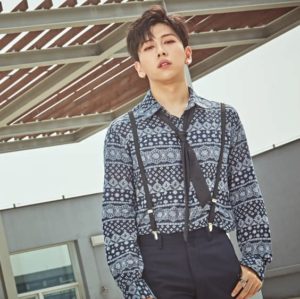 Noh Tae Hyun’s dance skills are undoubtedly one of a kind! Before debuting with HOTSHOT, he was part of the krump dance crew “Monster WOO FAM” and made a name for himself in the underground dance scene as “Kid Monster.” While dancing in the team, he even had the chance to teach some moves to BIGBANG’s Taeyang. The boy is full of talent; he’s not only an exceptional main dancer, but he is also a lead vocalist and rapper of the group. 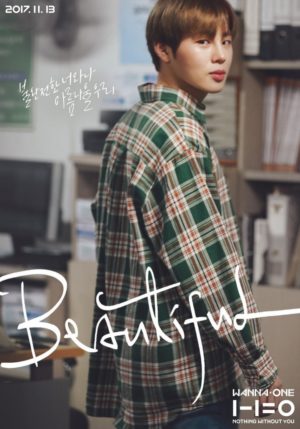 Ha Sung Woon had many chances to showcase his beautiful voice and his great dancing skills on “Produce 101 Season 2,” and he fulfills his job as a main vocal of HOTSHOT astonishingly well! His imitation of Spongebob and and Squidward can crack us up every time, and he showed us his entertaining and lovable personality in a special segment of VIXX member N’s radio program, “VIXX N K-pop.” 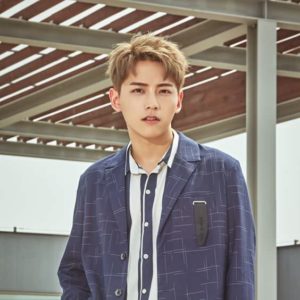 San (or Yoonsan) is the main rapper of the group and is known for speaking French fluently. He lived in France for eight years, and he did an internship for a designer working at Chanel. Our true fashionista is really into computer games as well; even his Instagram username is inspired by an Overwatch character. 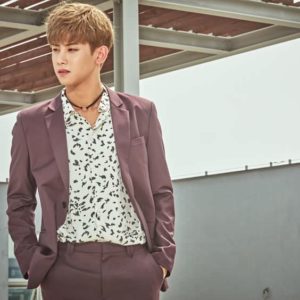 Hojung is the youngest and lead vocalist of the group, but his dance skills are also on point. He’s HOTSHOT’s visual, and he’s really into body building; he actually participated in a Musclemania competition this year and even won an award! His bright smile can light up everyone’s day, and we can hopefully see more of his talent on “The Unit.”

Their comebacks are always huge bops

There’s just something about HOTSHOT’s songs that makes you want to dance and sing your heart out! The melodies are catchy, the chorus always sticks in your head for days, and the impressive choreographies make everything 10 times better. If you haven’t heard before, it’s time to check out “I’m a HOTSHOT” and “Watch Out”!

They are true survival show kings

Every time HOTSHOT members appear on survival shows, they leave a big impact on the judges and the audience. Before debut, Junhyuk participated in “Superstar K2” where he finished in the top 24.

Next, it was Ha Sung Woon and Noh Tae Hyun on “Produce 101 Season 2.” Their audition was really captivating and they left the other participants in awe. They both got an A-rank after the performance and continued to work hard and amaze everyone on the show. We all loved Noh Tae Hyun’s iconic choreography for Ed Sheeran’s “Shape of You”!

Timoteo and Hojung also made their first appearance on “The Unit” unforgettable. They performed EXO’s “Ko Ko Bop” and managed to snatch a Super Boot: this means at least 90 percent of the live audience voted for them, allowing them to pass without the judges’ votes. Watch their powerful performance here!

They have tons of idol friends

While being an SM trainee, Timoteo became great friends with SHINee’s Taemin and EXO’s Kai, and their bond is still unbreakable. Ha Sung Woon also joined this friend group, which now also includes BTS’s Jimin. Read more about their circle of friends and their matching parkas here!

Both Timoteo and Ha Sung Woon are close friends with VIXX’s Ravi, who’s showed support for HOTSHOT’s comebacks and cheered for the boys on the survival shows as well. He is known for hyping up HOTSHOT on his social media accounts, and you can read about his adorable messages here. Ha Sung Woon even sang some demos for Ravi, including the demo for VIXX’s “Heaven” and “Rose” from Ravi’s solo album. 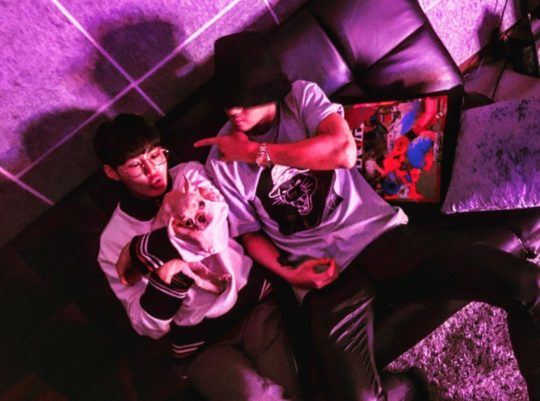 Timoteo also mentioned that he is close to Super Junior M’s Zhoumi and VIXX’s Hongbin, while Ha Sung Woon has a great relationship with the MONSTA X members and FTISLAND’s Lee Hong Ki, too.

Noh Tae Hyun is good friends with Girl’s Day’s Minah, who was rooting for him during “Produce 101 Season 2” as well. 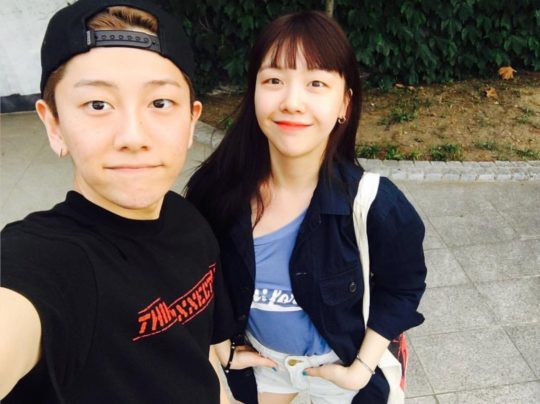 They are extremely entertaining and adorable

The group’s internal dynamics are no joke, and the members’ genuine personalities make it very easy to fall for them. It’s great to see their playful interactions, and they’ve shown us many times how much fun they can have!

If you’re up for eight minutes of pure cuteness and massive laughs, check out this video of the members trying to hum popular songs!

If it wasn’t enough, today is your lucky day! They also do the same challenge with famous K-pop songs!

It’s exciting to see HOTSHOT finally getting more attention and love, as they definitely deserve to be in the spotlight! Let’s support the boys for a long time and hope for the best for them!

Meanwhile, catch Hojung and Timoteo in the latest episode of “The Unit” here: