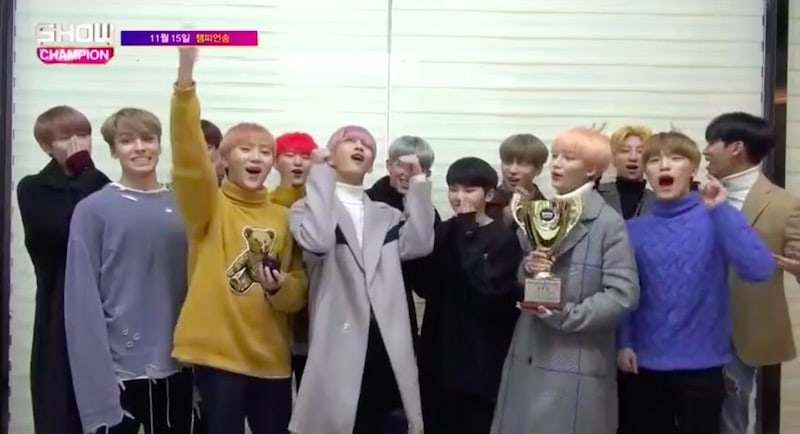 SEVENTEEN has won their first trophy for “Clap”!

SEVENTEEN took the win, and they celebrated in a video message! The guys thanked their Pledis Entertainment staff, family members, fans, and more for the trophy.

Watch their win and video message below!

SEVENTEEN
Show Champion
How does this article make you feel?