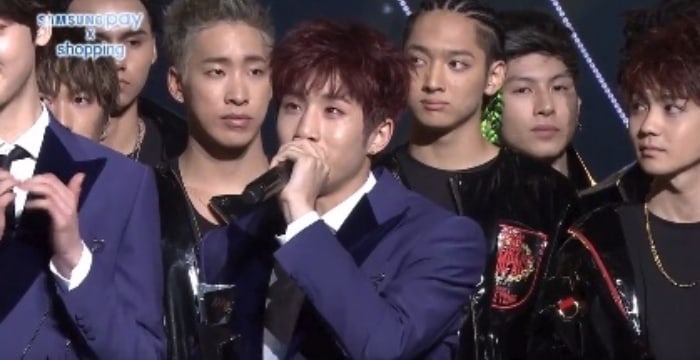 The awards ceremony was held on November 15 in Seoul with Super Junior’s Leeteuk and actress Lee Tae Im as the MCs.

After ASTRO received the New Wave Award, JinJin, the leader of the group, stepped up to express his gratitude. He thanked the staff of the Asia Artist Awards and the people at their agency Fantagio before moving on to their official fan club AROHA with a smile. “Thank you so much for always supporting us and standing by our side when we have much to learn,” he said. “We will try to become singers you can be proud of.”

JinJin went on to thank the families of the six members for always supporting and believing in them, at which point his voice began to waver. “Lastly, my grandmother passed away the day before yesterday,” JinJin revealed as he cried. “So I said a final goodbye to her after the rehearsal today. I’ll think of this award as a present from my grandmother wishing ASTRO good luck before she left, and try harder. Thank you.”

ASTRO has recently made a comeback with their new mini album “Dream Part.02” featuring the title track “Crazy Sexy Cool.”

ASTRO
JinJin
2017 Asia Artist Awards
How does this article make you feel?