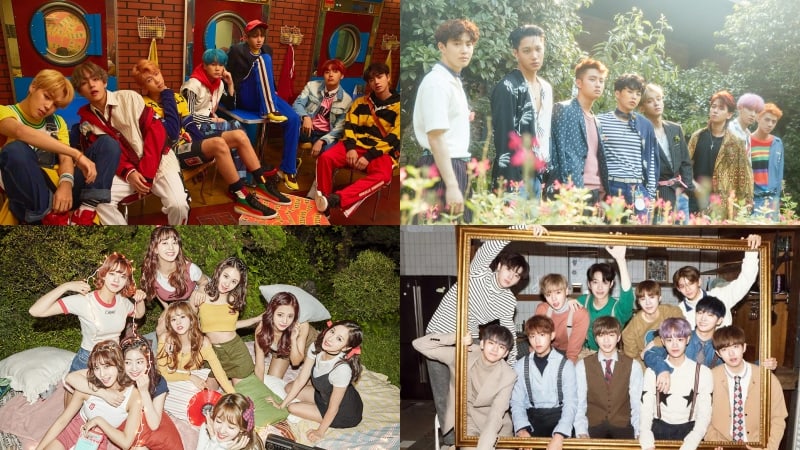 Instead of regular performances this week, the “2017 Show Champion Awards” revealed which idols’ performances had received the most love throughout the year. 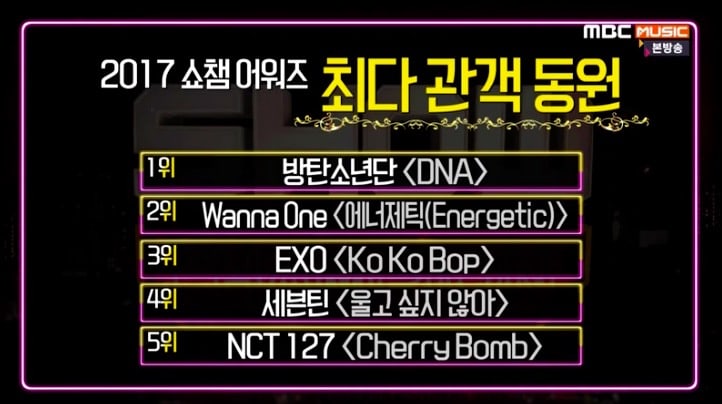 EXO’s “Ko Ko Bop” scored first place in the following ranking which listed the artists with the most fan votes. BTS’s “DNA” came in second, followed by EXO’s “Power,” GOT7’s “You Are,” and “That Girl” by CNBLUE’s Jung Yong Hwa.

The next chart revealed the ranking of video clips with the most views. Wanna One’s “Burn It Up” and “Wanna Be (My Baby)” scored fifth and fourth, while Lee Hyori’s “White Snake” placed third. Lee Hyori won the first place as well with her song “Black” as Kim Young Chul’s “Ring Ring” ranked second.

“2017 Show Champion Awards” finally announced which “Could You Do This?” clip had the most views. The clips are special segments of “Show Champion” during which singers do various fun things for their fans. gugudan ranked fifth, Longguo&Shihyun came in fourth, and BTOB in third. Second place went to TWICE while Wanna One took the top spot.

TWICE
EXO
BTS
Wanna One
Lee Hyori
Show Champion
How does this article make you feel?