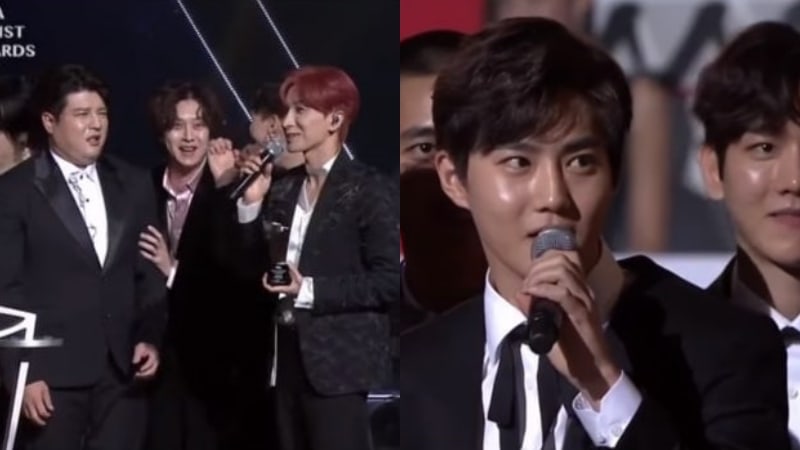 Super Junior and EXO proved how funny they can be together as they both received the Fabulous Award at 2017 Asia Artist Awards.

The awards ceremony designed to celebrate singers and actors was held on November 15 in Seoul.

Super Junior and EXO shared the honor of receiving the Fabulous Award in music and as the two groups are both from SM, they expressed their affection for each other playfully.

Upon receiving the award, EXO’s Suho said, “It’s especially an honor to receive this big award with SM’s Super Junior. It’s hard for me to say each word because they’re next to me. I’m always learning a lot from them and I look up to them.”

He went on to praise the other group, describing Super Junior as a top boy group in Korea that spread K-pop globally. Hearing this, Yesung walked up to Suho to give him a pat on the back, earning laughter from the crowd. Suho concluded his short speech by thanking EXO-L sincerely.

Super Junior’s Eunhyuk also sent out his gratitude. “I’d like to thank our fan club ELF once again for supporting us for 13 years. We’ll continue to work hard as Super Junior,” he said.

Leeteuk then went on to say that he was glad that they could be together as a group. “We won’t lose our scent even as time passes. We’ll try to become even more fragrant and remain as a great group unbroken like a weed. Thank you.” 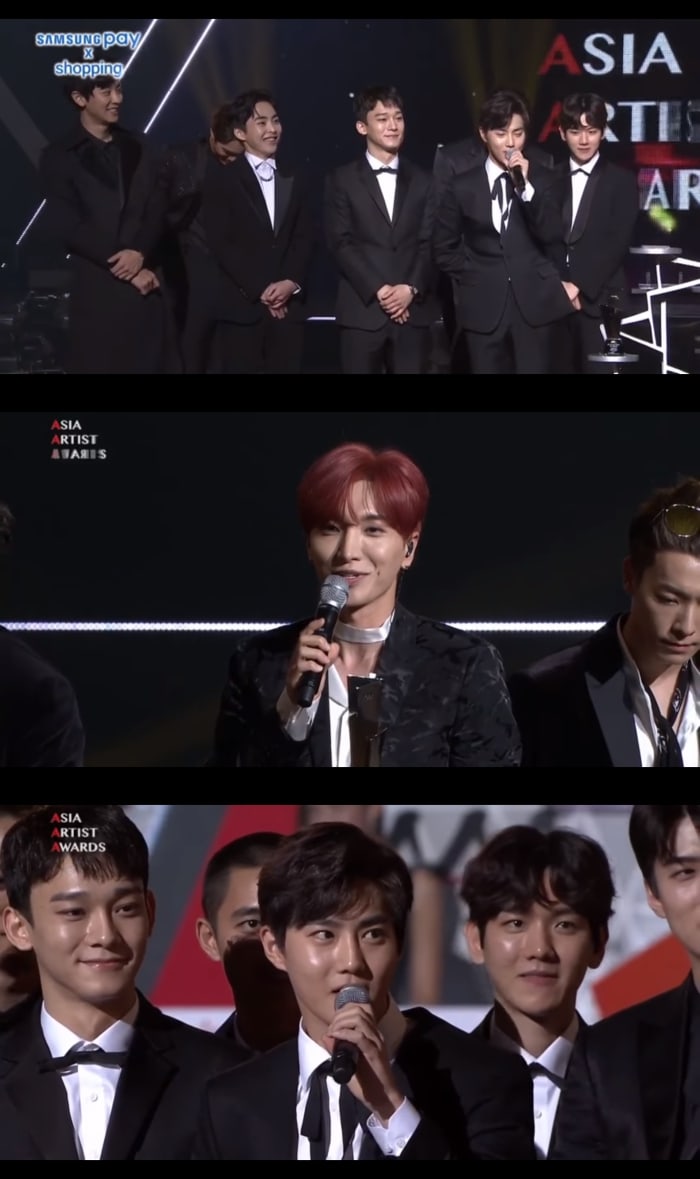 This speech left the other members of Super Junior embarrassed and cracking up, with Yesung stepping up to jokingly apologize. “I’m sorry,” Yesung said. “Leeteuk was reading poetry earlier and that must’ve made him emotional. Please show understanding and give lots of attention to Leeteuk.” He continued to express his gratitude for the moment he shared with the other members.

An interview of the two groups followed during which they showed off great chemistry as close friends. When asked what the secret to Super Junior’s long life as an idol group was (while Yesung slipped in to join EXO on the other side of the stage), Eunhyuk replied, “We try to take good care of our looks and also care for our stamina so we won’t fall behind guys like EXO who’re so good looking.”

The interviewer then asked EXO if they had anything they wanted to learn from Super Junior. “Ever since I was young, I’ve been watching their video clips and variety shows and learning a lot. I look up to you,” Suho answered before bowing to the older group.

When asked who buys them food the most, Suho made everyone laugh when he replied, “Ah, I don’t quite remember.”

The final question was what EXO meant to Super Junior. After a moment’s thought, Leeteuk said, “EXO, to me, is like my brothers although we don’t share blood.” His members yelled at him in embarrassment and ran away from him to EXO’s side, but Leeteuk continued, “Even though we don’t share the same blood, we are family. We are one. We are SM.”

Kim Heechul finally snatched the microphone away from him and apologized once again. “EXO, Super Junior, and everyone who’s with us this moment, good job!” he concluded. 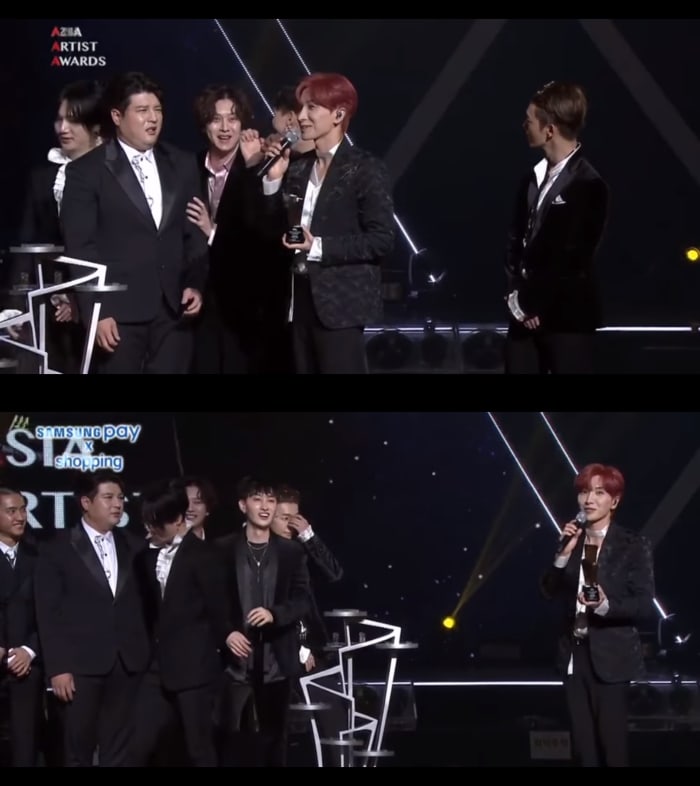 Find out who the winners are for 2017 Asia Artist Awards here.