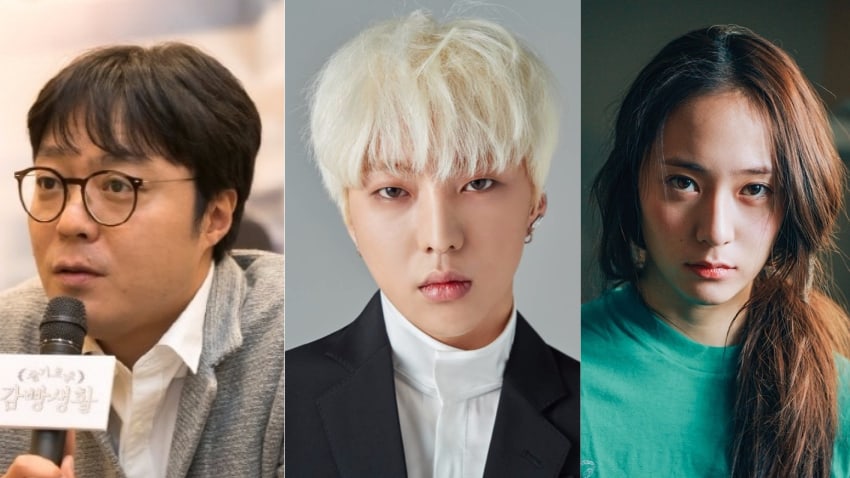 He explained, “If an A-List actor wanted to work with me, I’d want to work with them too. However, I haven’t been able to work with them as there haven’t been many opportunities to meet and get to know them. I’ve always thought that everyone has their own charms. I end up casting actors when I think they surprisingly fit a role well. I don’t really take into account if they are a theater actor or an idol.”

Shin Won Ho also opened up about casting WINNER’s Kang Seung Yoon and f(x)’s Krystal in “Prison Playbook.” He revealed, “I actually didn’t have high expectations for Kang Seung Yoon. It’s been a while since I saw him in ‘High Kick,’ and my generation doesn’t really know him as a WINNER [member]. The role he’s playing is an energetic guy in his early 20s. When I asked him on the spot to read a part from the script using his regional dialect, [his portrayal] was a lot of fun. He really brought the character to life, and that’s why I casted him for the role. I didn’t have any bias because of the group he was in. He just fit well with us.”

On Krystal’s casting, he commented, “It was the same for Krystal. At the time of casting, she was starring in ‘Bride of the Water God‘ as the water goddess. I thought she had a very cold image. However, contrary to this image that people have of her, she was completely different. When I met her, she was just like a girl of [her role’s] age. I thought that if I could see the role of an average college student in her, she could turn out to be a very charming character. She also surprised me with her acting.”

“Prison Playbook” is a black comedy drama about a famous baseball player Kim Jae Hyuk (played by Park Hae Soo) who becomes a criminal overnight, and the people he meets thoroughout his prison life. It will air its first episode on November 22 at 9:10 p.m. KST.

Watch their moving poster teasers below!