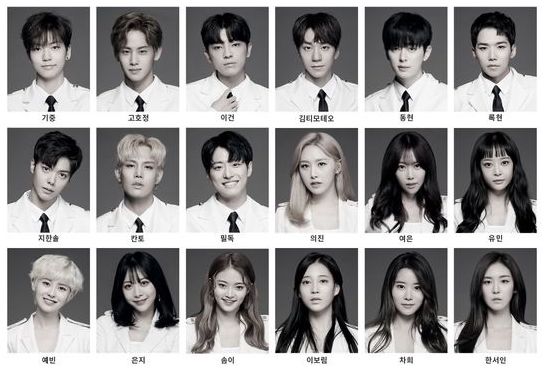 18 of the idols currently appearing on KBS’s idol rebooting program “The Unit” will be taking the stage on “Music Bank”!

Ahead of this upcoming performance, the 126 contestants of “The Unit” were shown to have split into self-decided groups in order to take on their first mission on the November 10 broadcast of the show. The mission determined who would be featured as “centers” in pre-released music videos.

These 18 idols will be showcasing a performance of “My Turn” on the upcoming November 17 broadcast of “Music Bank” as representatives of the survival program, and are reportedly practicing with everything they have for Friday’s show.

“The Unit” airs every Saturday at 9:15 p.m. KST. Catch up with the latest episode below!