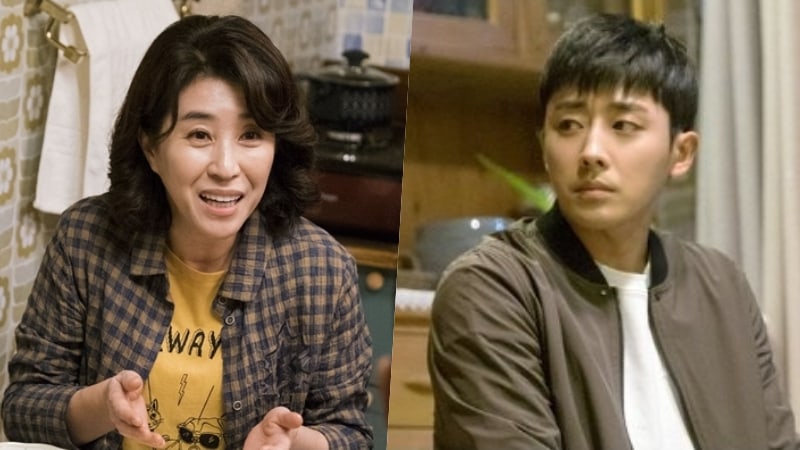 With two episodes left, KBS 2TV’s Friday-Saturday drama “Go Back Couple” has released stills of Son Ho Joon with in-laws from the drama.

In the last episode that aired on November 11, it was revealed that Ban Do (Son Ho Joon) was caught up in a violent situation and thus he and Jin Joo (Jang Na Ra) were unable to protect Jin Joo’s mom (Kim Mi Kyung) and dad (Lee Byung Joon). Ban Do also cried to Jin Joo and said, “I wanted to meet [her] too, my mother-in-law,” and expressed his love for his mother-in-law who has passed away in the present.

The stills show Ban Do sitting at the table with Jin Joo’s family. Ban Do looks tense and nervous having dinner with his in-laws, while his mother-in-law looks at him with a caring expression on her face. 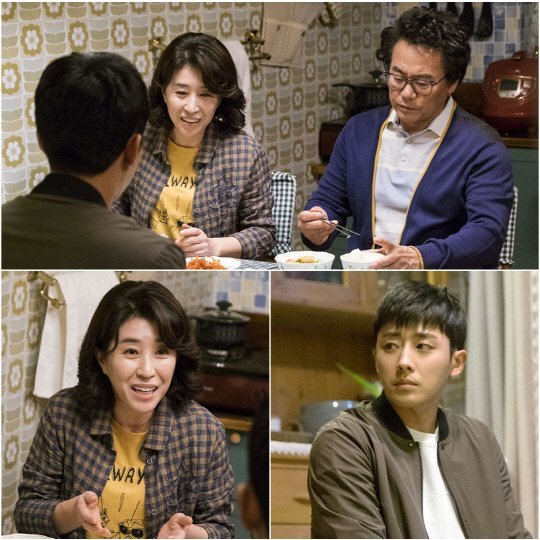 A source from the drama said, “Even between takes, Son Ho Joon, Kim Mi Kyung, and Lee Byung Joon took good care of each other like a real family and made the set atmosphere warm. Please look forward to the two final episodes and watch the story of Jin Joo and Ban Do’s love story as well as a touching story about family.”

Meanwhile, “Go Back Couple” has been achieving high viewership ratings and generating lots of buzz. According to Nielsen Korea, the drama achieved first in its time slot for two consecutive weeks as well as first in buzzworthy TV shows measured by Good Data Corporation.