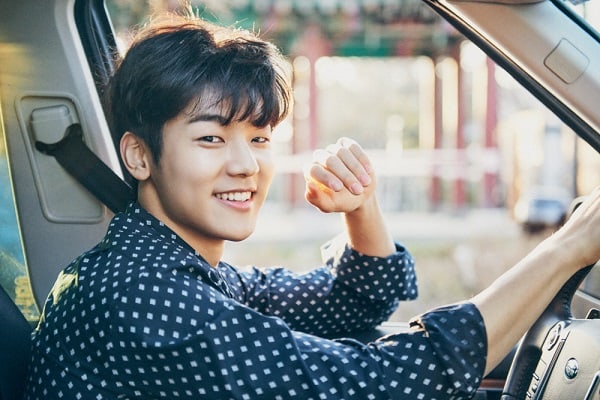 In a recent interview, CNBLUE’s Kang Min Hyuk shared his thoughts on the conclusion of his latest drama, “Hospital Ship.”

“Hospital Ship” is a drama that follows the lives of young doctors as they sail around to small islands and provide medical care, and shows the doctors’ growth throughout their time traveling.

The drama was mainly filmed on Geoje Island, and due to the location, the staff and cast were required to stay on the island during the four months of filming. On the difficulties of on-site shoots, Kang Min Hyuk commented, “I’m actually a homebody, so whenever I leave my house, I worry a lot. But working with the writers, the director, and the other actors was a lot of fun and so I barely thought about my house at all. It felt like we were actually on one ship together and it was bittersweet when we had to say goodbye.”

He also mentioned, “Because we all lived together in the dormitories, I ran into the director and writers a lot, and chatted with them often. Because we were able to communicate well, I was able to focus a lot more.”

Kang Min Hyuk previously also commented on criticisms of his acting being too stiff throughout the drama. He touched upon the subject again and stated, “I’ve heard that a lot of people paid attention [to my acting]. But I [also] heard a lot of encouragement during filming. I felt a responsibility to not lose strength and to work harder.”

Kang Min Hyuk further explained, “If there’s one thing I could have improved, it’s myself. I did the best I could within the scope of what I could do, and for that I have no regrets. However, I was unable to express myself wholeheartedly and I felt a bit regretful in that regard. I think I grew as an actor as much as my character did in the drama. This drama is a very meaningful one for me.”

When asked if he felt pressured because the drama was called, “Ha Ji Won‘s drama,” Kang Min Hyuk answered, “I can’t say that I didn’t feel pressured, but I thought of it as a responsibility and worked hard to do well. I felt that if I became too affected by pressure, I would do worse and so I tried to enjoy myself.”

On his future projects, he stated, “I think I grew a lot because I did such a heartwarming drama. In my next project, I want to show that I’ve grown as well.” He concluded the interview and stated, “Rather than praise, I’m still at a point where I get a lot of feedback for my acting. So, I need to show that I’m growing and improving.”

CNBLUE
Kang Min Hyuk
Hospital Ship
How does this article make you feel?