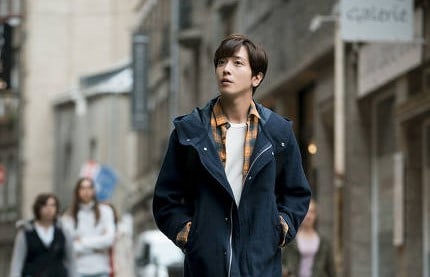 On November 15, CNBLUE’s Jung Yong Hwa sat down for an interview for his currently airing drama, “The Package,” and opened up about his character as well as his chemistry with on-screen partner Lee Yeon Hee. 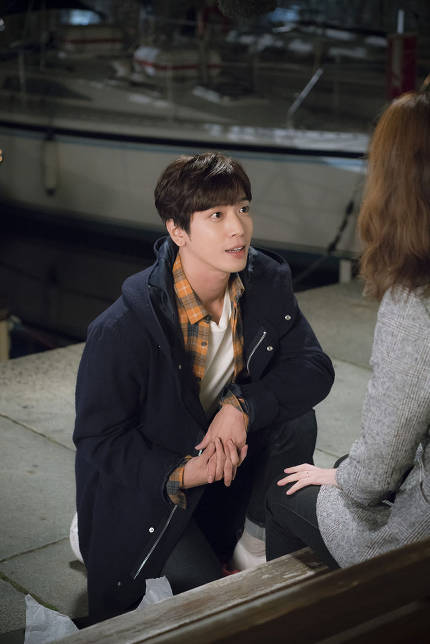 One of the highlights of the drama so far was the kiss scene between Jung Yong Hwa and Lee Yeon Hee. The scene attracted a lot of attention and even rose to No. 2 on real-time search rankings on Chinese social media site Weibo as well as attracting 400,000 views.

On his acting and kiss scene, Jung Yong Hwa laughed and said, “I was surprised that it became such a big deal. When I was filming the scene, the director said to me, ‘Maru [the character he plays], if I don’t edit in the music, it’ll be bad. If there’s no music it’ll be pretty bad,’ and we laughed about it. I didn’t know it would come out that dramatic.” 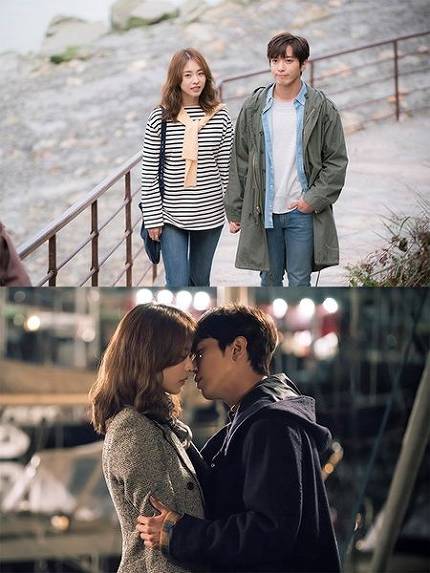 When asked about his character, Jung Yong Hwa commented, “San Maru’s personality is like a child because he is so transparent and has a lot of curiousity. However, he wouldn’t be charming if he just had those qualities. I thought I would be able to show a masculine side to him through kiss scenes or love lines. I think that’s true that you need both innocence and to be masculine when you’re in love. That’s why I thought a lot about the character, and we had such a dramatic kiss scene.”

He further explained about the kiss scene and stated, “We actually filmed the scene not in Paris, but in Korea. We filmed everything in Paris including the ending and then afterwards filmed the kiss scene, so it was easy to understand [the context]. I tried not to make any NGs. It was embarrassing since the entire production crew was there, so I tried to finish it in one take.” 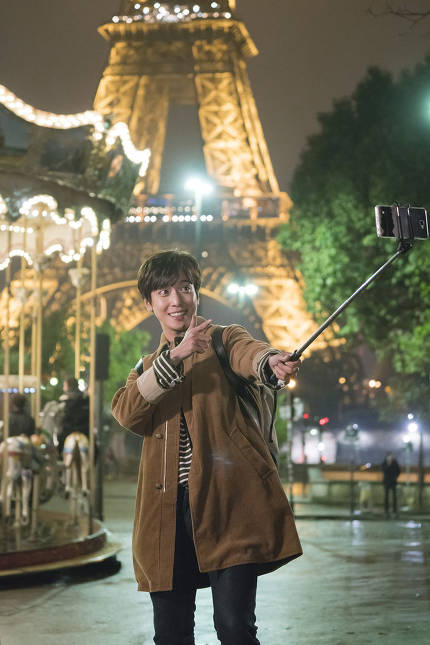 Jung Yong Hwa also compared his previous kiss scenes with this one, commenting, “Actually there was a kiss scene in ‘Heartstrings,’ but I did terribly [in that one]. So I got a lot of criticism for that. So I thought, ‘This is it. Let’s show them now.'”

When asked about his fellow members who also have their own acting careers, he revealed that when they’re all working separately they communicate through their group chat. He answered, “We did talk about [the kiss scene] in our group chat. Although the other members also have kiss scenes in their dramas, they told me, ‘I think you did really great.’ I think that the mood for mine was different than the other members.”

Jung Yong Hwa also revealed that he gained a lot of confidence through “The Package.” Although he has eight years of acting experience under his belt, he thought a lot about his acting prior to the drama. He stated, “I was able to pick up on the mood on set, which gave me a bit of freedom to work on the flow. I think I improved a bit on my acting.”

Meanwhile, “The Package” will air its last episode on November 18.

Watch the kiss scene below!

Thanks to Nessie for the tip!