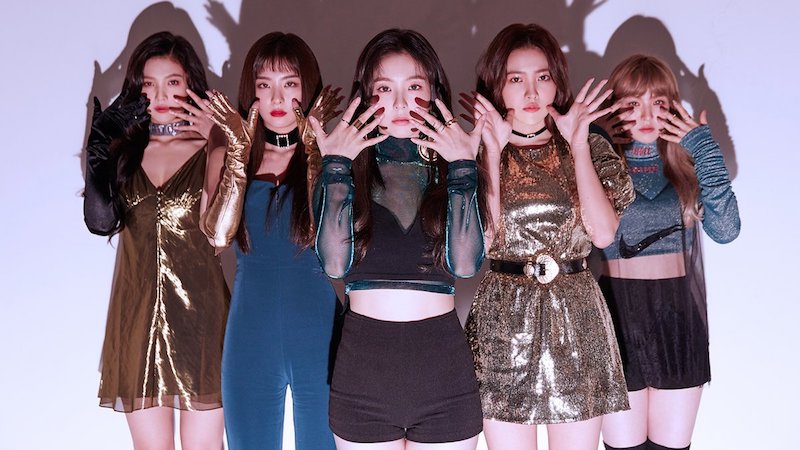 On November 16, Red Velvet held a V Live session and shared their thoughts about their upcoming comeback. The session was a “lying down broadcast” where the members talked lying down amongst fluffy pillows and dressed in comfortable pajamas. The members, contrary to their bright, energetic image, expressed their worries.

Prior to the “lying down broadcast,” the members had held a showcase where they performed their new title track “Peek-A-Boo” for the first time. Bringing up how their music is categorized into two types of concepts, a “red” concept and “velvet” concept, they commented during the showcase, “We wish that as the ‘red’ and the ‘velvet’ [sides] combine, we would be able to mature a little faster. We wish we could show both sides [at the same time] and show a more perfect version of ourselves.”

During their live broadcast, the group candidly revealed more on how they feel about their comeback. Red Velvet released “Rookie” and their summer hit “Red Flavor” earlier this year. Because “Red Flavor” especially received so much love, the girl group appeared to be both excited and anxious about the high expectations people have for them. They revealed that they felt that although the popularity of “Red Flavor” may carry over to their next release, they were worried that the expectations were too high.

They further explained, “Because you all enjoyed ‘Red Velvet’ so much, it was a bit worrisome when we were preparing our next song. Even with previous songs, they were loved so much that every time we prepared for a new comeback, we had fun but always thought, ‘Will they like this one? I hope they like this one. I want to show them even better music.'”

“Even though we had a lot of worries and thought a lot while we prepared our next song, when we saw our completed new album, a lot of our worries went away. We think our fans will like this album,” Red Velvet added.

The members also stated, “The [title] song is so great. We’re very confident about ‘Peek-A-Boo.’ Also, compared to our previous albums, we worked with more composers, and so we hope you all will enjoy our next [release].”