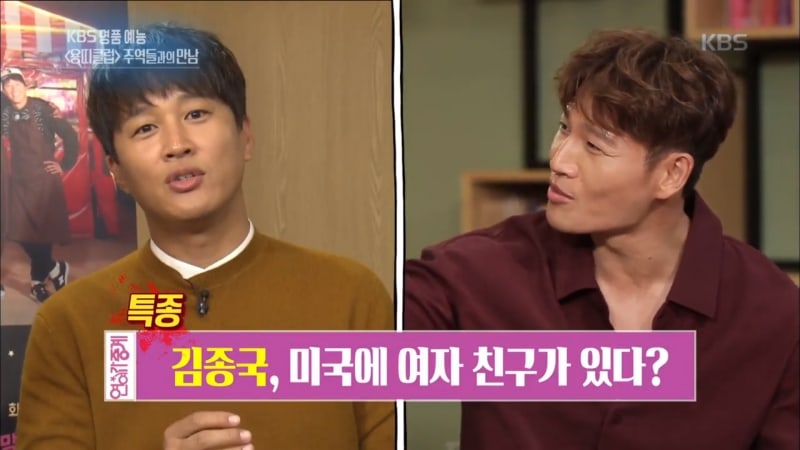 Cha Tae Hyun joked that Kim Jong Kook may have a girlfriend in the United States. 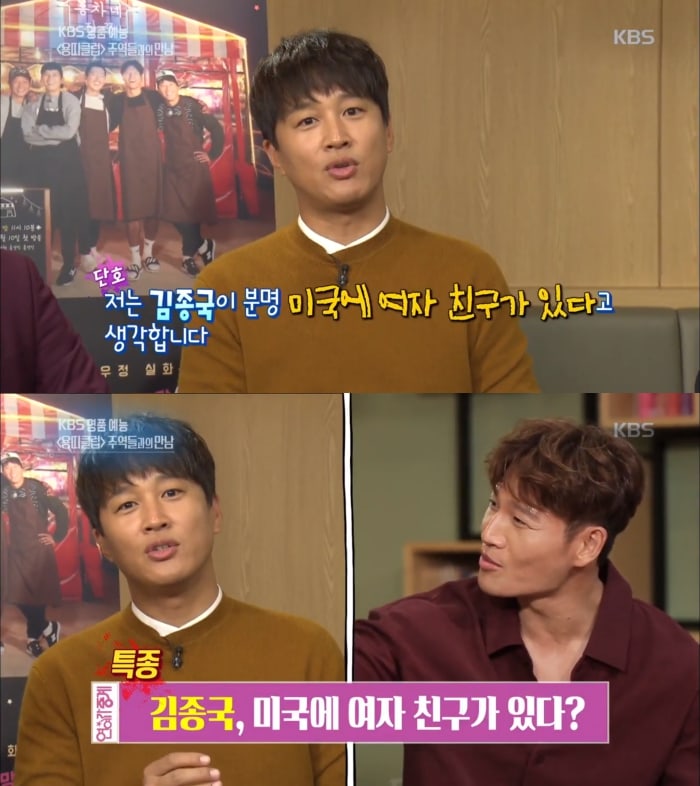 Kim Jong Kook was also chosen as the member who had improved the most compared to himself 20 years ago. Cha Tae Hyun agreed that he had become much more good looking throughout the years. 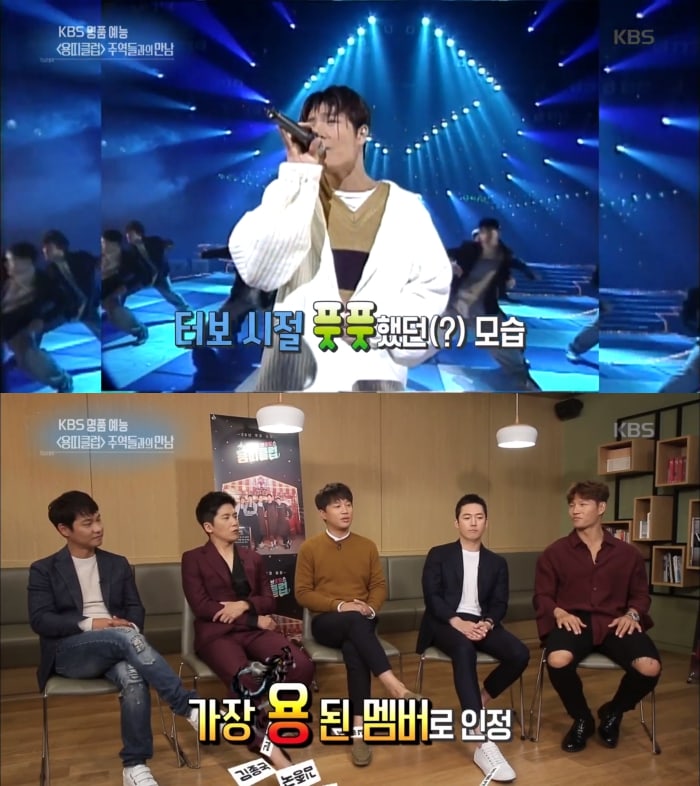