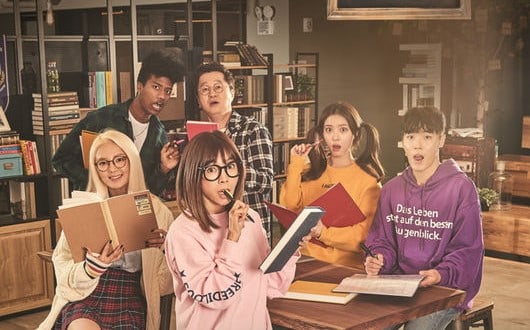 “My English Puberty” is an educational variety program that aims to help people who have difficulty learning English, despite spending a lot of time and money. The cast consists of Hwang Shin Hye, Wheesung, Girls’ Generation’s Hyoyeon, Jung Si Ah, Ji Sang Ryul, and Han Hyun Min. The cast members all have various reasons to learn English, such as to make foreign friends, for their children’s English education, to promote globally, etc. but have in common that they all have difficulty with and have a fear of English. They will learn from famous English lecturer Lee Si Won for eight weeks, who will help them become more familiar with English, as well as pass on helpful tips.

In the revealed poster, the six cast members are in study mode as they hold various books and pens, and appear appear surprised. The poster also comes with the caption, “The storm and stress eight weeks of studying.” 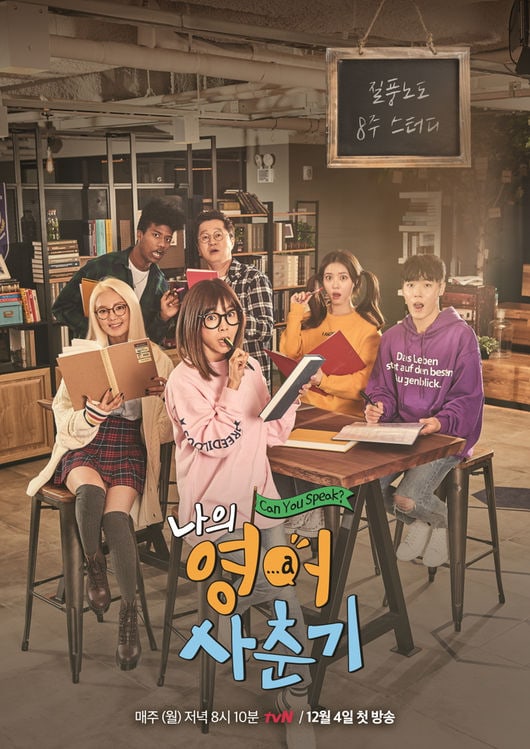 Hyoyeon also uploaded a post about the upcoming program on her Instagram. In the post, she looks studious in a tweed jacket and glasses, and wrote, “Coming soon! My English Puberty. First episode December 4.”

Producer Park Hyun Woo stated, “We created this program to help lessen the fear of English that many Koreans have. We chose the cast members so that they could represent their respective ages, from teens to people in their 50s. We also chose them because they can empathize with the difficulties of learning English as well as because they are desperate to learn English. We hope that the viewers will be able to learn English a bit easier and also have fun with it through this program.”