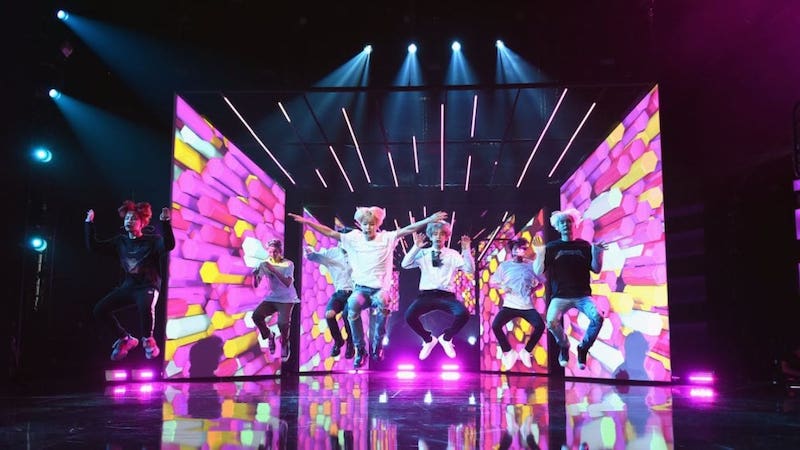 BTS is all ready for the American Music Awards (AMAs) this Sunday!

The AMAs recently released behind-the-scenes photos on their Twitter of BTS practicing for their performance of “DNA.” In the released snapshots, the BTS members are killing it with their choreography on a brightly lit, colorful stage.

The AMAs also expressed their increasing excitement for BTS’s performance.

I didn't think it was possible… but @BTS_twt's #AMAs rehearsal just got me EVEN MORE EXCITED FOR #BTSxAMAs! It's happening, you guys!!! This Sunday at 8/7c on ABC.

So far, BTS has filmed for “The Late Late Show with James Corden,” had an interview with “Entertainment Tonight,” surprised fan moms while filming “Jimmy Kimmel Live,” and dropped a teaser for their “MIC Drop” remix with Steve Aoki and Desiigner. They also appeared on KTLA News, and on various radio shows such as “On With Mario Lopez,” “JoJo on the Radio,” and “On Air with Ryan Seacrest.”

Are you excited for BTS at the AMAs?