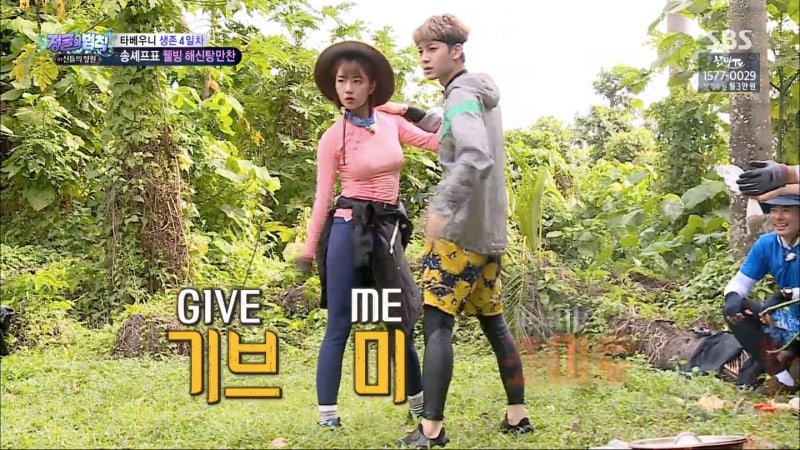 “Law of the Jungle” has set a new record for this season’s ratings!

The latest episode of “Law of the Jungle: Garden of the Gods,” which aired on November 17, saw a huge increase in ratings from the previous week, recording an average of 13.1 percent. The episode not only took first place in its time slot across all channels, including both public and cable broadcast networks, but it also achieved the highest ratings of any show or drama that aired on Friday.

The episode reached its peak of an impressive 15.7 percent in ratings during the moment when iKON’s Yunhyeong and actor Lee Moon Shik displayed their hilarious chemistry through cheesy dad jokes. Yunhyeong, the first YG artist ever to appear on “Law of the Jungle,” has already received high praise for his attitude and skills on the show.

Yunhyeong also came to the rescue of the entire cast in more ways than one this week. When it was time to cook a wild chicken that Kangnam had caught, the iKON member revealed that he had personally prepared seasoning at home before the trip, using a mix of kelp, mushrooms, shrimp, and anchovies.

The producers were initially reluctant to let him use the homemade seasoning, but Yunhyeong impressed them by referencing an earlier season of “Law of the Jungle,” when gugudan’s Kim Sejeong had been allowed to use a seasoning blend made by her mother. After proving that he was a true fan of the show, he and Apink’s Bomi sealed the deal by performing a passionate cover of PSY’s “New Face,” and the producers finally agreed to let him prepare a delicious chicken stew.

“Law of the Jungle: Garden of the Gods,” which has been setting records with each new episode for the past four weeks, will come to an end next week. The final episode of the season will air on November 24 at 10 p.m. KST, with “Law of the Jungle: Cook Islands” premiering the following week on December 1.

iKON
Law of the Jungle
Yunhyeong
How does this article make you feel?