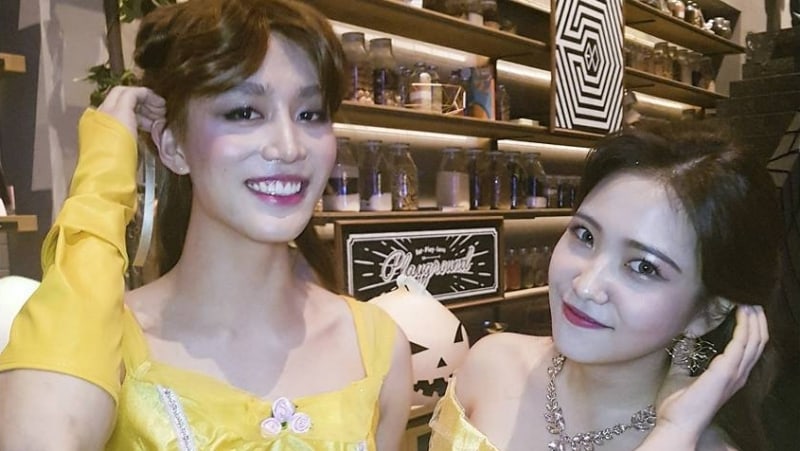 On November 16, Red Velvet talked about their costumes at this year’s “SMTOWN Wonderland” Halloween bash on Naver’s V Live. The members couldn’t help laughing as they recalled that Yeri and labelmate Taeil had worn almost exactly the same outfit to the party.

“I put a lot of thought into what to be for Halloween,” Yeri explained. “I’m a fan of actress Emma Watson, and she starred in a recent version of ‘Beauty and the Beast,’ so I decided to be Belle for this year’s party.”

She cringed as she went on, “So I went to the party, and suddenly, a yellow dress caught my eye. It turned out that NCT’s Taeil was wearing the same thing. He was even wearing heels and makeup. He arrived looking prettier than I did.” 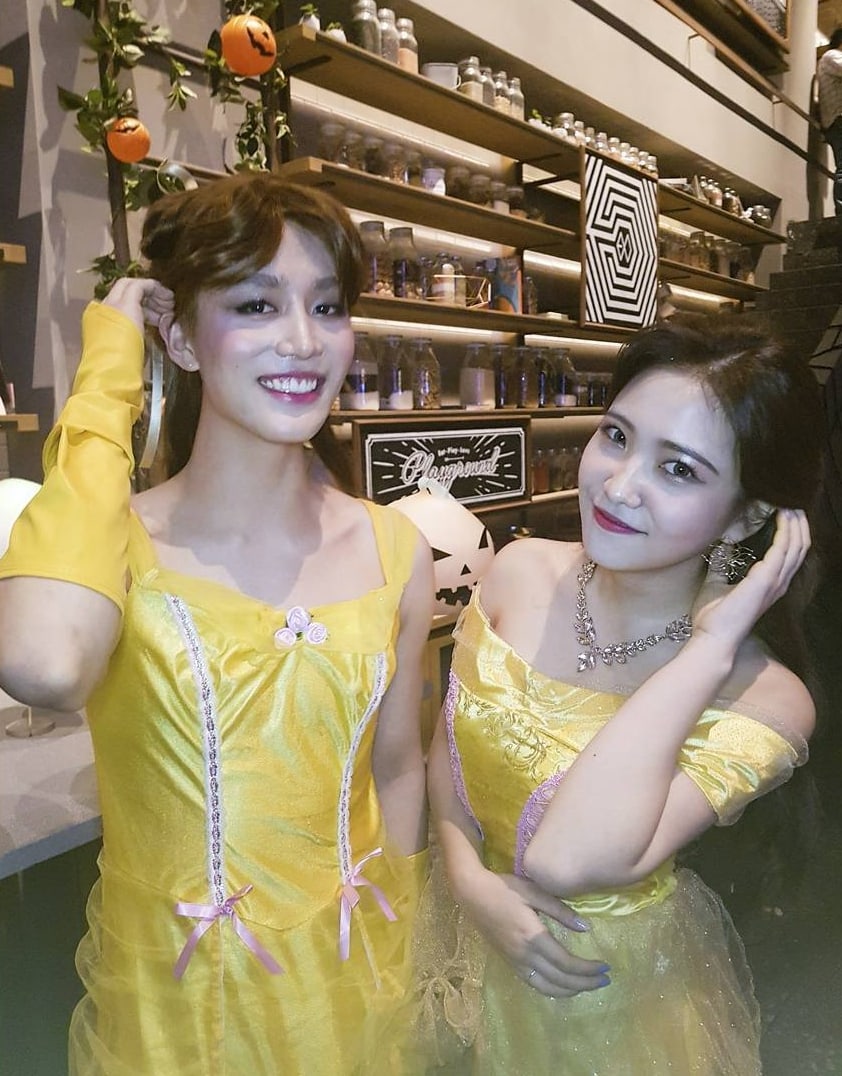 Although Yeri appeared dismayed that Taeil had stolen her thunder, the hilarious coincidence was one of the most talked-about highlights of the evening.

Taeil’s look was part of a couple costume with fellow NCT 127 member WinWin, who dressed up as the Beast to Taeil’s Belle.

Who do you think wore the Belle costume best? Leave your thoughts below!

Red Velvet
NCT
Yeri
Taeil (NCT)
How does this article make you feel?