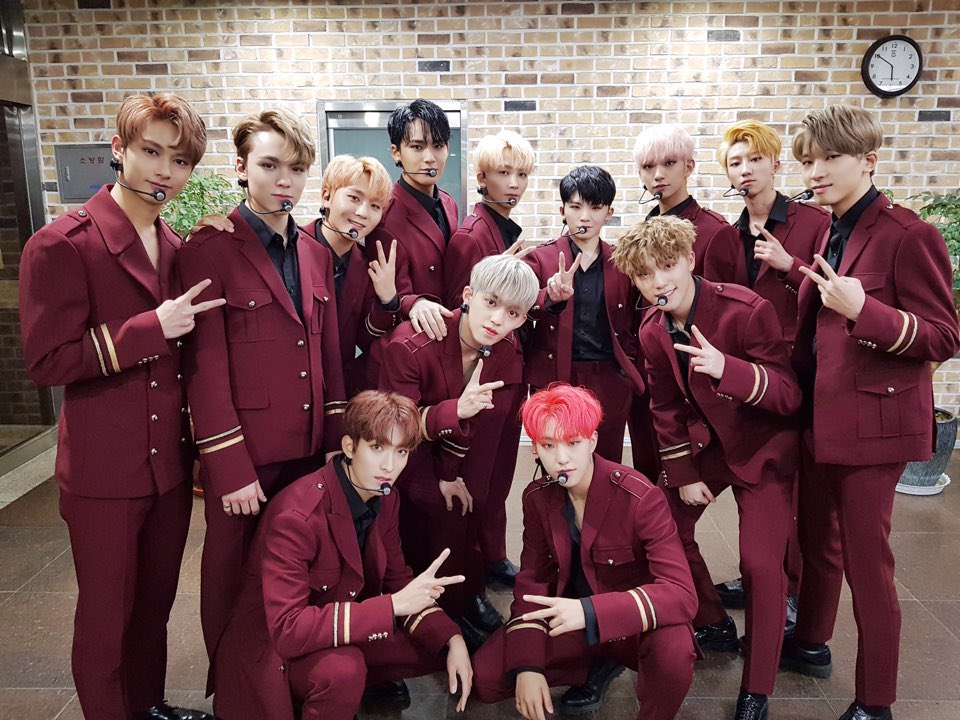 SEVENTEEN Members Pick Which Teammates They Would Never Date

The members of SEVENTEEN brought the laughs when they were asked which of their teammates they wouldn’t date if they were a girl.

SEVENTEEN appeared on SBS PowerFM’s “2 O’Clock Escape Cultwo Show” on November 17 to promote their second album “TEEN, AGE.” While talking about a myriad of topics, the members of SEVENTEEN were asked, “If you were a girl, which member would you never date?”

Dokyeom singled out Mingyu and when asked why, he explained, “Mingyu is way too tidy so I don’t think we’d make a good couple. I’m not a very neat person.” Mingyu picked Dokyeom back and said, “He doesn’t clean at all.”

Woozi chimed in and joked, “Do I really have to date someone here?” and Seungkwan said, “I agree. We’ve basically seen way too much of each other already.” Jeonghan also added, “I’m close friends with Mingyu but I don’t think we’d work well as a couple. We’d probably end up fighting a lot.”

The question was then flipped and the members were asked, “If you absolutely had to date one member, which one would it be?” Seungkwan had everyone laughing when he said, “I’d want to date all of them, one by one!”

SEVENTEEN
Cultwo Show
How does this article make you feel?